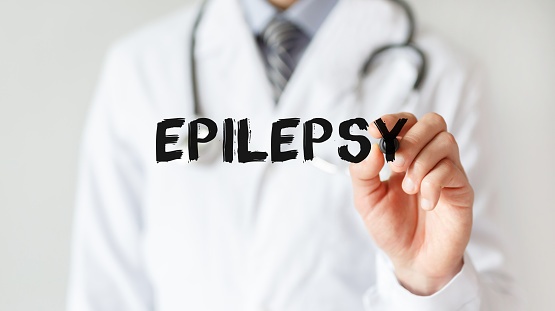 Epilepsy is a chronic disease of the brain characterised by an enduring predisposition to generate seizures, unprovoked by any immediate central nervous system insult, and by the neurobiological, cognitive, psychological, and social consequences of seizure recurrences.

Nearly 80% of people with epilepsy live in low- and middle-income countries. It is estimated that up to 70% of people living with epilepsy could live seizure-free if properly diagnosed and treated. The risk of premature death in people with epilepsy is up to three times higher than in the general population. In the current climate of limited health care resources, the cost-effectiveness of surgical treatment, as compared to pharmacotherapy, must also be considered.

Epilepsy is a condition that affects a person's brain and can be caused by a variety of factors. The following are some examples of recognised factors:

What are the symptoms of Epilepsy?

Recurrent seizures are the most common symptom of epilepsy, however there are other signs and symptoms that may indicate epilepsy. These are the following:

How is it Diagnosed?

The tests to diagnose epilepsy include:

How is it Treated?

There are two ways to treat Epilepsy including:

The Current Place of Epilepsy Surgery

Surgical treatment for epilepsy remains underutilized, due, in part, to misconceptions about this alternative therapy. Rather than promote referral for surgery in future, it would be more appropriate to advocate that all patients with DRE deserve a consultation at a full service specialized epilepsy centre where a multidisciplinary team of experts can offer advanced diagnostic and therapeutic approaches, as well as psychological and social support services to eliminate or reduce disability.

Following are the surgically treatable causes of Epilepsy:

Class I: Seizure free or no more than a few early, nondisabling seizures; or seizures upon drug withdrawal only.

Class IV: No worthwhile improvement; some reduction, no reduction, or worsening are possible. 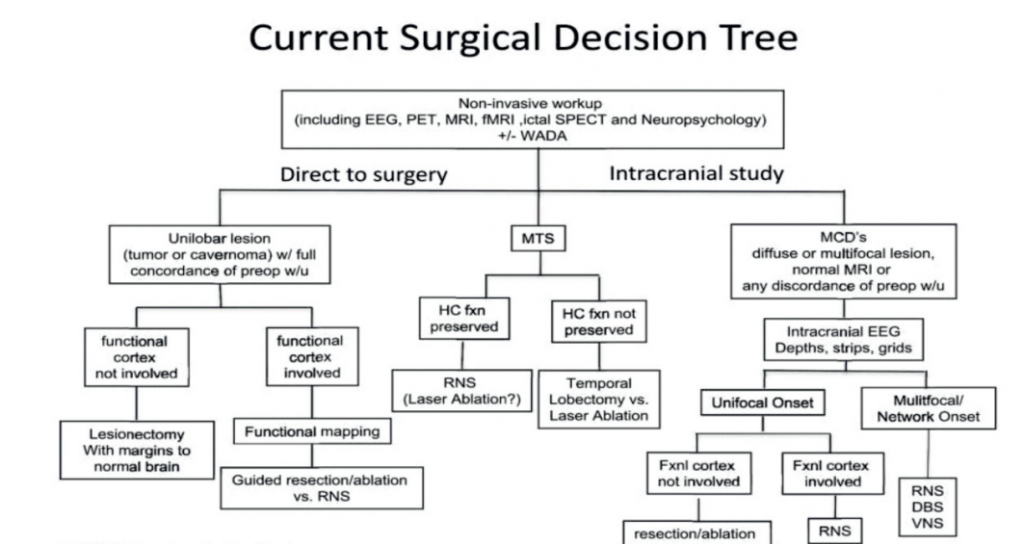 Advances in Epilepsy surgery has been possible because of:

The treating team is ably supported by a team of well trained paramedical staff, IONM and Neuro Monitoring team for hastened recovery  and ably assisted by world class Neuro ICU and Ward Nursing care along with physiotherapy services.