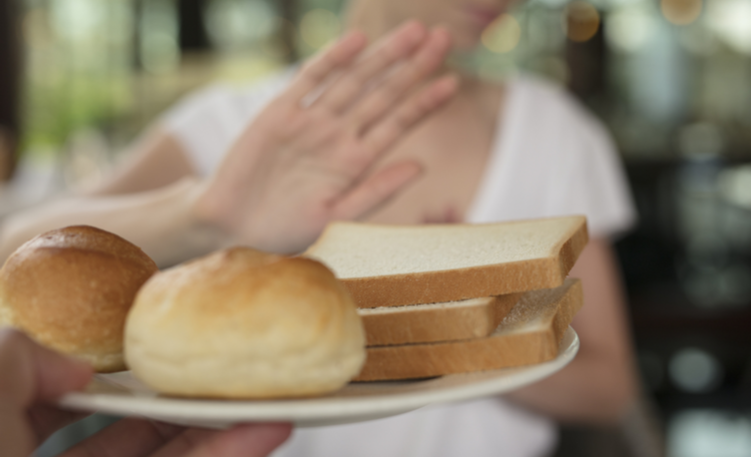 Celiac disease, also known as gluten-sensitive enteropathy, is an autoimmune disorder, characterized by sensitivity to gluten, a protein found in foods like wheat, barley and rye. An autoimmune disorder is when the immune system mistakenly attacks and destroys healthy cells in the body, by releasing antibodies. If a person has Celiac disease, the immune system releases antibodies against gluten. These antibodies attack the lining of the small intestine and also damages the villi, small finger-like structures, lining the small intestine. The villi are responsible for the absorption of vitamins, minerals and other nutrients from food. Damage to this part of the small intestine makes it difficult for the person to absorb the nutrients from food into their bloodstream which then makes them malnourished.

Apart from malabsorption, the damage to the small intestine can commonly cause weight loss, diarrhoea, bloating, fatigue and anaemia. The damage to villi is a slow process and may take approximately 2-3 years for the disease to manifest. Celiac disease can occur at any age but the onset is common during infancy and early adulthood and while some people are detected early in childhood, for some people, the detection is as late as in their 30s or 40s. The exact cause of the Celiac disease is still unknown but according to doctors, it is mainly genetically passed on and is hereditary, meaning that it runs in families.

According to Dr Deepak Goyal, Consultant, Gastroenterology, Institute of Digestive and Hepatobiliary Sciences, Medanta-The Medicity, the disease is most common in people living in Punjab, Haryana, Uttar Pradesh, Rajasthan and Bihar, which are typically wheat-eating states. The condition is accentuated in these states as genetic predisposition is combined with high wheat consumption; children are introduced to a wheat-based diet from the age of 4-6 months itself. These areas are now jointly called the Celiac belt. Dr Goyal reveals that in spite of growing numbers, there is early detection of the condition as doctors are now better trained to detect the disease, there are better lab facilities and parents are much more aware of the condition.

“It is important to know that once someone is detected with Celiac disease, it doesn’t make them a patient. For Celiac disease, one just needs to eat a diet that eliminates gluten, also commonly known as a ‘gluten-free’ diet,” he says.

What Are the Signs of Celia Disease?

The disease has various signs and may develop differently in adults and children.

Parents should take their child to a doctor if diarrhoea lasts for more than two weeks or is recurrent. It is serious if the child has foul-smelling and bulky stools and a potbelly.

There is no treatment available for Celiac disease but it can be managed by implementing a gluten- free diet. A doctor also prescribes some medications consisting vitamins, minerals and proteins to compensate for the need of required nutrients in the body, but only for a few weeks.

*It is advised to consult a doctor or dietician for a diet plan and choose food items correctly.

How Can a Gluten-Free Diet Help?

Once someone adheres to a gluten-free diet, it repairs the villi and the symptoms disappear. One has to live forever with the condition which means they can never have gluten in their diet.

“Food and beverage which has less than 20 parts per million (ppm) amount of gluten is allowed. This works out to be 20 milligrams of glutinous elements, per kilogram of food. Anything beyond that can trigger problems,” adds Dr Goyal.