How to Recognise a Stroke FAST? 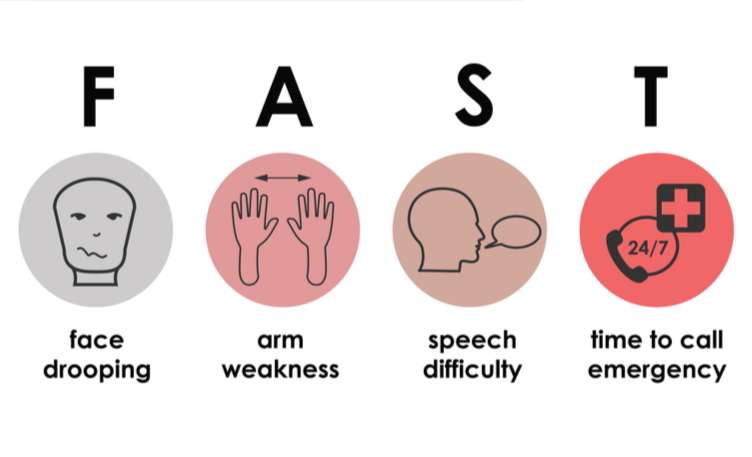 A stroke, in simple terms, is a brain attack where blood supply, to and from a part of the brain is affected. It occurs when a blood vessel in the brain either gets blocked or ruptures.

When a stroke occurs, the brain cells of the affected area begin dying rapidly due to the disturbance in the blood supply they receive. This, in turn, affects the body’s functioning. A stroke can affect body functions like speech, vision, memory, mobility, movement and can also cause paralysis, either in the complete body or on one side.

There are mainly two kinds of strokes:

"Irrespective of age and gender, around 15 million people around the world suffer from strokes every year. While about 5 million of them die due to delay in receiving treatment, another 5 million suffer from permanent disabilities.“Among Indians, the chances of strokes are quite high due to risk factors like increase in cardiac illnesses, diabetes, hypertension, high cholesterol, vascular diseases, sedentary lifestyle, obesity, drinking alcohol and smoking,” - Dr Devendra Richhariya, Associate Director, Emergency and Trauma Care, Medanta- The Medicity,

A stroke is often preceded by certain signs. Rushing a patient to the hospital within the first hour, which is called the ‘golden hour’, or within a maximum of four hours, is extremely critical as doctors are then able to control the impact of the stroke. Stroke symptoms, however, appear suddenly and any delay in recognising the onset of a stroke could lead to a delay in treatment. Therefore, time is of primary importance in treating a stroke.

Stroke Symptoms You Need to Watch Out For:

How to Confirm It’s a Stroke

If someone is suspected of suffering a stroke, doctors suggest following the four important parameters for identification. This is called the FAST test in short. 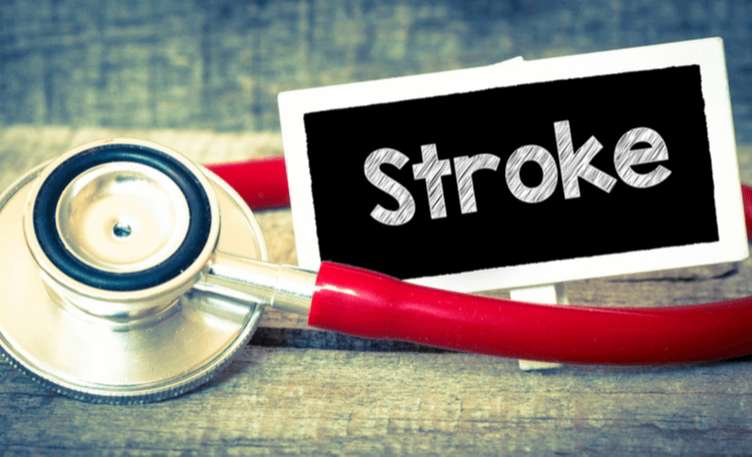 What to Do When You Have a Stroke

The most important thing one can do is to call an ambulance or take the patient to a hospital after recognizing the signs.
If the signs of the stroke disappear after some time, the patient must still be taken to the emergency room for doctors to evaluate.

What Not to Do When You Have a Stroke.

Feeding the patient food and liquid or any medicines should be strictly avoided. Since various muscles and nerves are affected during this time, eating or drinking can choke the patient.
If the patient experiences seizures or convulsions, they must not be forcefully restrained in an attempt to stop the seizures. Nothing must be put in their mouth if they are frothing during the seizure.

"Remember, time is of the essence when you're having a stroke"

An ischemic stroke can be treated effectively with the help of a clot-busting drug if the patient reaches the hospital within the first few hours. Similarly, a haemorrhagic stroke is treated with drugs that reduce blood pressure and which can slow down the bleeding. If necessary, the patient is then operated upon immediately to fix the leaking blood vessel. After the patient is medically stable, doctors and physiotherapists help the patient regain lost functionalities of the body, if any.

Long-term effects are reduced in those who receive treatment within 4 hours of a stroke. Not only do their chances of full recovery increase, but the probability of a second stroke also decreases. Also, symptoms like weakness and speech impairment can be reversed successfully. Mobility, which is often impacted if the stroke affects the cerebellum and the primary motor cortex of the brain, can be gradually restored with the help of physiotherapy.

Depending on the severity of the stroke, those who are brought after 4 hours may face a high mortality rate, lifelong disability, repeated hospitalization, multiple infections and even pneumonia.

"Unhealthy habits like excessive alcohol and smoking must be avoided. This way, they can be less prone to suffering a stroke,” Dr Richhariya advises.

Strokes are often linked to lifestyles. There is an urgent need to make people aware of living a healthy lifestyle and managing their blood sugar, diabetes and weight. Doctors also advise patients on implementing lifestyle changes after their first stroke to avoid any future complications.