6 Signs and Symptoms of Cervical Cancer in Women 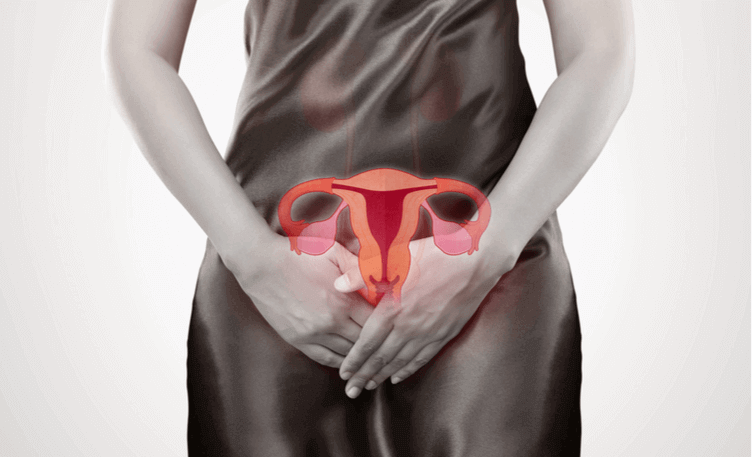 The cervix is the lowest part of a woman’s uterus that connects the uterus to the vagina. Cervical cancer develops when the cells in the cervix become abnormal and multiply rapidly. This type of cancer is dangerous because it does not show any symptoms and if left undetected it can be life threatening.

Human Papillomavirus (HPV) is the major cause of cervical cancer. In addition to HPV, other causes include elements of Sexual well-being (multiple partners, sexually transmitted disease, long term use of birth control pills), Smoking, HIV or Organ transplant.

How to Know if You Have Cervical Cancer?

Cervical cancer usually does not have any symptoms until the cancer becomes more advanced. During the initial stages, the malignancy is contained within the cervix. Thereafter, it might start invading other parts of the body including the liver, bladder, vagina, and rectum.

Cervical cancer is also one of the most preventable cancers in women because of the available screenings and vaccination. While regular screenings are important to detect precancerous growths, there are other signs and symptoms that women often ignore as they are similar to symptoms of an irregular menstrual cycle,a yeast infection, or a urinary tract infection (UTI). 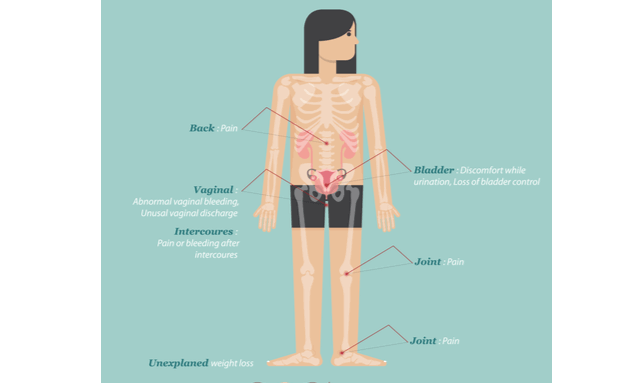 Take note of these 6 warning signs of cervical cancer and if you notice any of them, consult your gynaecologist immediately:

1. Abnormal Vaginal Bleeding: This is one of the most common symptoms of cervical cancer. It occurs typically when the cancer has spread to surrounding tissue. Women often think irregular bleeding is normal spotting, however, it’s important to meet your gynaecologist if your experience any form of abnormal bleeding, be it after intercourse, a pelvic exam, menopause or bleeding resulting in fatigue and dizziness. Equally important are any abnormalities of the menstrual cycle - heavier bleeding, longer period or bleeding between cycles

2. Unusual Vaginal Discharge: While vaginal discharge is normal, the type of discharge you experience could be an indicator of vaginal health. With cervical cancer, you may notice discharge that is foul-smelling and pink, brown or bloody in colour. Sometimes, the discharge may include chunks of tissue or necrotic material as a result of infection of the tumours, creating a foul smelling vaginal discharge. If there’s a continuous discharge that is pale, watery brown, or mixed with blood, do not waste any time and meet your gynaecologist immediately.

3. Unexplained Weight Loss: Quite similar to other cancer symptoms, loss of appetite coupled with unexplained weight loss is also felt during cervical cancer. If you haven’t made any dietary changes in the recent past and your weight is plummeting drastically, it could be a red flag. This kind of weight loss is usually coupled with fatigue and could be an indicator of cervical cancer.

4. Painful Sexual Intercourse: When cervical cancer is in its advanced stages, women suffering from it might experience a lot of pain during sexual intercourse. Termed as ‘dyspareunia’, this pain is majorly experienced because of a tumour growing in and around reproductive organs. It can affect different areas of sexual response including your libido and also causes uneasiness during sex.

5. Pelvic or Lower Back Pain: Pain in the lower back or the pelvic region is often an indicator of changes in the cervix. In the case of cervical cancer, the patient may experience incessant pelvic pain if the cancer is at an advanced stage and has spread to the bladder, intestines, lungs or liver. One might also experience back pain or leg pain. Talk to your gynaecologist to rule out cervical cancer or possible nerve damage. 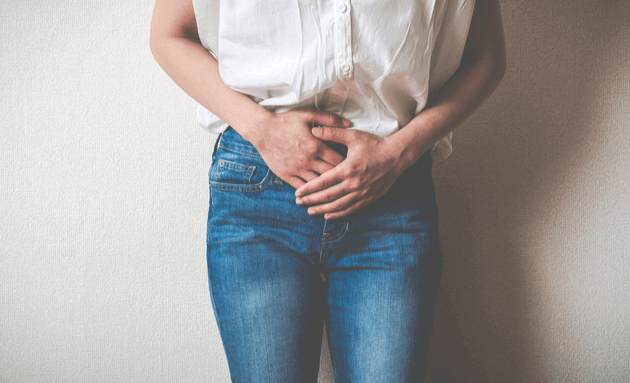 6. Complications in Bowel Movements: Pain and incontinence during urination or bowel movements could be a sign that the cervical caused has spread to kidneys, bladder, or the colon region. These tumours create physical pressure which blocks the areas that enable easy bowel movements. Again, these symptoms show up during the later stages of cervical cancer.

Studies show that survival rates for cervical cancer are much higher (almost 80 per cent) when diagnosed early. If you observe any of the above-mentioned signs or symptoms, consult your doctor immediately.