Cervical Cancer in India: What Women Need to Know 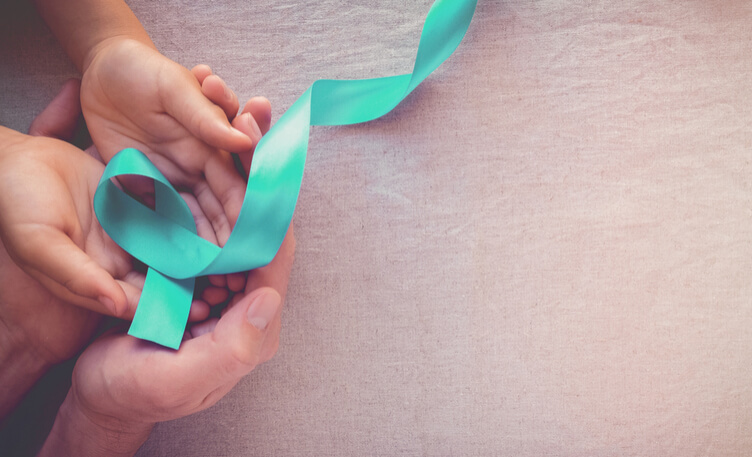 Cervical cancer is a form of cancer that affects the cells of the cervix, the lower part of the uterus that connects to the vagina. It is caused by the human papillomavirus (HPV), a virus that is generally transmitted through sexual contact.

The body’s immune system is known to prevent the HPV virus from causing any severe harm. However, the virus can survive for many years, and in some women, it can cause cells of the cervix to become cancerous. In India, cervical cancer occupies a formidable share of the total cancer cases in women. Here is what you need to know about cervical cancer in India.

Cervical cancer forms 16.5% of the total cancer cases in Indian women and is the second most common type of cancer amongst women in the country (breast cancer being the first). It is estimated that about 160 million women between the ages of 30 and 59 years are at risk of developing cervical cancer in India, with 96,922 new cases registered in 2018 alone.

Women in India are often diagnosed too late

Research shows that countries with a low socio-demographic index (SDI*) generally have a higher number of women who succumb to cervical cancer. Many factors can contribute to women being diagnosed late.

*SDI is a tool that analyses a country's socio-demographic development by looking at average income, education, and total fertility. 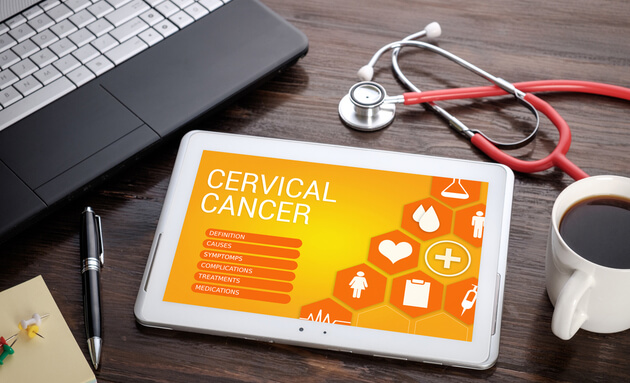 Early signs of cervical cancer are not too evident

Unfortunately, cervical cancer does not cause any noticeable symptoms in its initial stages. Symptoms start becoming apparent only after the cancer has advanced. To further complicate matters, cervical cancer symptoms can often be confused for symptoms of other ailments.

For instance, cervical cancer can cause vaginal bleeding between menstrual periods or after sex. Such bleeding can often be misconstrued as irregular periods by women. The illness can also cause frequent, painful urination and vaginal discharge - again symptoms that are typical of urinary tract infections.

Cervical Cancer can be Prevented

There exist vaccines today that protect women against cervical cancer. Such vaccines are available for girls and women between 9 to 26 years. The HPV vaccine is known to be most effective when given to girls before they become sexually active. Cervical cancer can also be caught early with the help of regular screenings.

HPV is very common and interestingly most women with the virus never develop cervical cancer. This means there are other environmental and lifestyle factors that contribute to the illness. Practising safe sex by wearing condoms and limiting the number of sexual partners you have is important. Pap tests and pelvic exams every 3-5 years starting from 21 years of age are advised. Such tests can detect precancerous conditions of the cervix and thus prevent the condition from advancing further.

Not everyone with HPV develops Cervical Cancer

As mentioned earlier, not every woman with HPV develops cervical cancer. Cervical cancer is most likely caused by HPV-16 and HPV-18. No other causes have been identified thus far. Other factors such as having unprotected sex with multiple partners, sexually transmitted infections like HIV/AIDS and chlamydia, a weak immune system, and smoking can also be risk factors.

It is important to keep in mind that cervical cancer is preventable with vaccination. The good news is that between 2012 and 2018, India saw a drop of over 21 percent in its cervical cancer cases. Even still, regular screening programmes, affordable healthcare, and an awareness programme that tackles the stigma around such screenings are crucial to further fight cervical cancer in India.