Vegan Diet: This is not just a fad diet 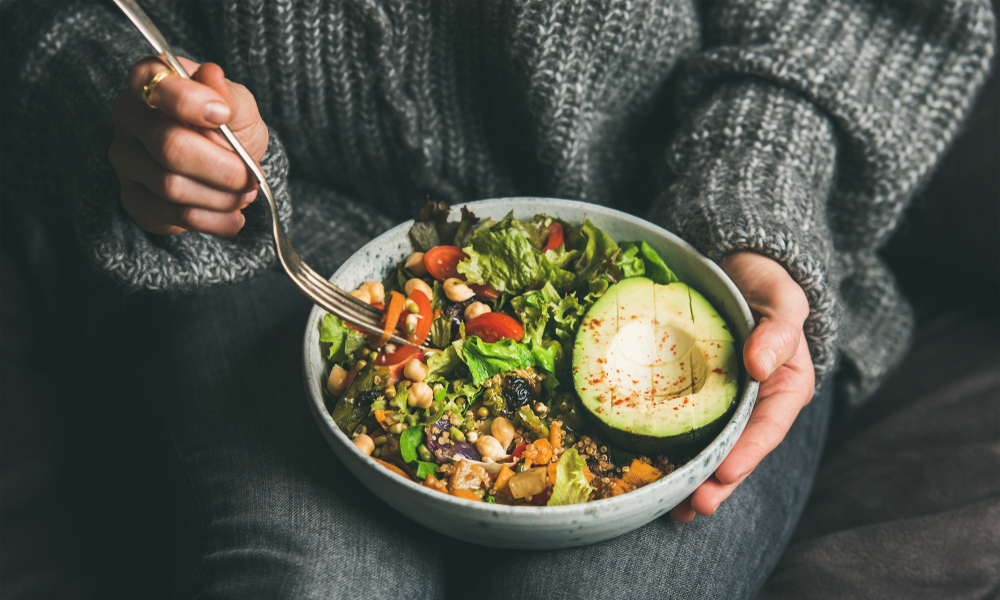 Currently, there is a great deal of buzz surrounding the vegan diet. Many celebrities have now started endorsing veganism. A famous Bollywood star had chosen a vegan menu for her baby shower ceremony. But there are some doubts surrounding veganism. Many people are still suspicious about the benefits and sustainability of a vegan diet over the long run.

A vegan diet is a plant-based diet that excludes all animal products, including but not limited to meat, eggs, and dairy.

Though it is a relatively new trend in India, it has gained immense popularity in the last few years. One reason behind the smooth adoption of veganism in India is the big vegetarian populace in our country. We have the highest number of vegetarians in the world, comprising nearly 24% of our population.

Vegan diets are nutrient-rich and have a lesser amount of saturated fats. Various studies suggest that they can prevent us from many diseases. But people should be careful about getting a correct balance of all the nutrients if relying only on the vegan diet.

Let us discuss the pros and cons of a vegan diet and the precautions one should take if opting for it.

What is a vegan diet?

A vegan diet comprises only products derived from plant sources. A vegan diet excludes eggs, meat, and even dairy products.

Being a vegan can be a religious, lifestyle, or dietary choice. Some people who are on a vegan diet also avoid honey. Some also refrain from using clothes, cosmetics, and other products that use animal parts. Some adopt this lifestyle for its sustainable environmental benefits.

A vegan diet includes plenty of fruits, beans, seeds, and vegetables. The crux of any vegan diet is the variety of these food items we consume to suffice the requirement of various vitamins, minerals, proteins, and healthy fats. A vegan has to be cautious about nutrients like iron, calcium, vitamin B12, vitamin D, and proteins that we usually get in animal products.

People often take veganism and vegetarianism as the same thing. But actually, it is not. Vegetarians, though, do not consume meat, but they consume dairy products like milk, eggs, or both. On the other hand, the vegan diet is more restrictive and relies only on the plant-based nutrient source.

Benefits of the vegan diet

A vegan diet can suffice all the nutrient requirements for keeping us healthy. The benefit of a vegan diet is its ability to eliminate some of the risks linked to harmful animal products. Some of the scientifically proven benefits of veganism are:

Veganism has a multipronged benefit on heart health.

According to a study published in the Journal of American Heart Association in 2019, higher consumption of plant-based dietary sources and reduced intake of animal foods had significantly decreased the risk of cardiac ailments and mortality in adults.

According to the American Heart Association, saturated or harmful fats found in cheese, butter, red meat, and other animal products can elevate "bad" cholesterol levels in your body and make you susceptible to various heart conditions.

On the other, plant-based sources are rich in dietary fibers that help improve good cholesterol levels in the blood, thus decreasing the risk of heart diseases and stroke.

According to a review article titled Vegetarian, Vegan diets and Multiple Health Outcomes, published in 2017, a vegan person may have a reduced risk of getting cancer. A vegan diet is rich in phytochemicals, fibers, and vitamins that can protect us from cancer.

A vegan diet may help manage our blood sugar levels and thus keep type 2 diabetes at bay. According to a study in the National Library of Medicine, being a vegan can reduce the risk of getting diabetes by 78% by improving insulin sensitivity.

Vegan diets can reduce arthritis symptoms such as pain, swelling, and stiffness of joints.

A vegan diet may improve kidney function due to its high fiber and low-calorie content.

Risks associated with a Vegan Diet and How to Manage Them

Though veganism has many benefits associated with it, it also has its own set of risks.

A poorly planned vegan diet can put a person at risk of nutritional deficiencies.

Vegans may have a deficiency of Vitamin D, B12, Iron, Iodine, Calcium, Zinc, and long-chain Omega-3s. These deficiencies are even more harmful to children, pregnant women, or nursing mothers.

Your genes may also play a role in absorbing nutrients from a vegan diet, increasing the likelihood of developing nutritional deficiencies.

The best ways to manage these probable deficiencies are:

The vegan diet is not just a trend. If followed precisely, it has numerous health benefits. In addition, there is a sense of pride in being environmentally friendly.

However, the vegan diet comes with health benefits but it also has its own limitations. Thus, it is always good to seek a dietician's opinion before becoming a vegan.