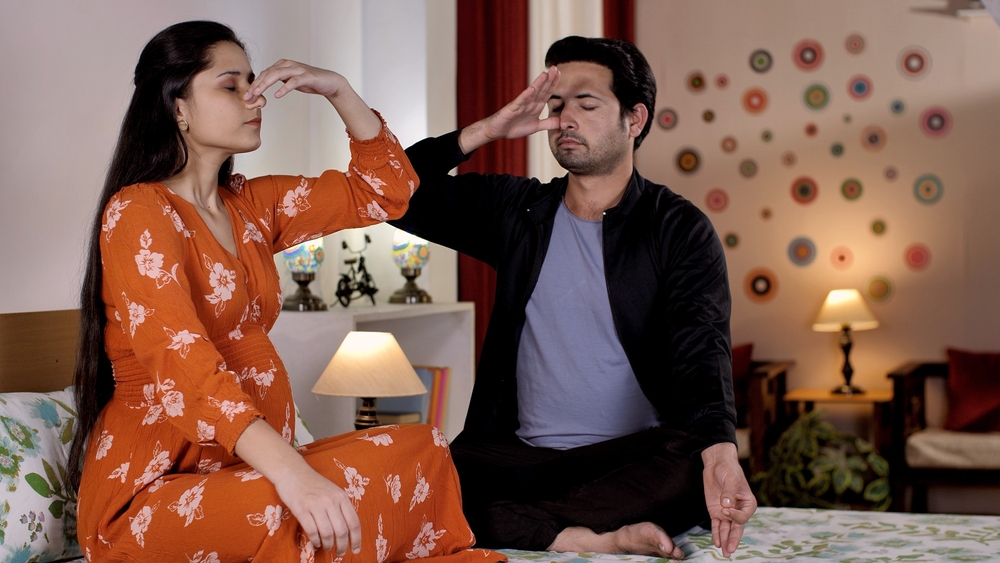 Anxiety is an unfortunate reality in today's world. With the ever-growing competition, more and more people increasingly are suffering from anxiety attacks. So what exactly is Anxiety?

As per John Kennedy, M.D., a board-certified cardiologist, author and medical director of preventive cardiology and wellness at Marina Del Rey Hospital in California, Anxiety is a persistent feeling of nervousness, worry or unease, typically about an impending or forthcoming event or something with an indefinite outcome. Though anxiety can also occur even in the absence of a stressor or trigger.

Although occasional anxiety is quite common among people, prolonged anxiety is when one needs to worry as it adversely affects the mental health of the person. So, if one asks how to calm anxiety, then there are many exercises one can follow to curb anxiety, but out of all, breathing is the most powerful tool.

Taking deep and long breaths is one of the common things people do when they are anxious. But most of the time, they hyperventilate when they take too many deep breaths, which decreases the oxygen-rich blood flow to the brain. To avoid this situation, when anxiety attacks, push the air out of the lungs completely and let the lungs inhale the air on their own. After inhaling, take time to exhale the air out, i.e., inhale it for, say, four seconds and then exhale it for six seconds. Keep doing this technique initially for two minutes, then gradually increase it for five minutes. The best part of prolonged exhalation breathing is that one can practice it anywhere in any position one is comfortable in, i.e., sitting, standing, lying down or walking.

The 4-7-8 breathing technique was created by the founder and director of the Andrew Weil Center for Integrative Medicine situated at the University of Arizona, Mr. Andrew Weil, M.D. This exercise works well when a person is getting a feeling of nervousness as it helps in calming the nervous system quickly:

This entire process becomes one breath cycle; repeat this cycle four more times. This breathing technique is a natural tranquillizer for the nervous system when anxious.

This exercise also called the Nadi Shodhana in Sanskrit, is known to help curb Anxiety and quieten mood and emotions.

These are some tried and tested how to calm anxiety attack breathing techniques. One should use multiple breathing techniques and see which technique/s works best. If the issue persists, seeking timely medical help and visiting an expert are strongly recommended. Anxiety attacks should not be taken lightly, and with the help of proper medical attention, one can get control back of life and lead a quality life.