What is Leukoderma? Know More About Its Causes, Symptoms, And Treatment 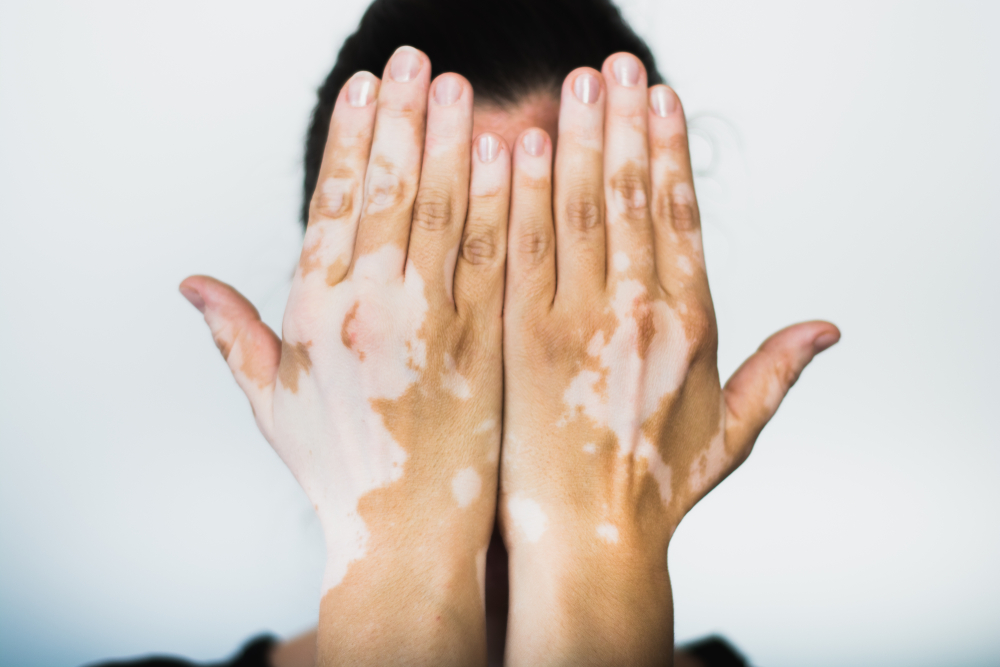 Leukoderma or leucoderma may begin as small patches in the skin. With time, these enlarge and merge with other patches over several months. Although they can crop up in any part of the body, the initial patches are usually on the hands, forearms, feet, and face. The larger patches generally stay in place, while the smaller patches shift and change with time. The area affected by the condition varies from person to person.

The condition is most noticeable in people with darker skin and usually presents between the ages of 10 and 30 years.

It is hard to determine the exact cause of every occurrence of vitiligo. However, some of the identified causes include:

Physical or emotional stress is sometimes known to exacerbate vitiligo.

What are the types of vitiligo?

What are the symptoms of leukoderma?

How is leukoderma diagnosed?

Your doctor will be able to observe the changes in your skin by observing. They may also observe your skin under a UV lamp called Wood’s lamp that helps the doctor distinguish vitiligo from other conditions. Other conditions like Chemical leukoderma, albinism, pityriasis alba or a yeast infection called tinea versicolor also resemble the symptoms of vitiligo.

What treatments are available for vitiligo?

Although there is no permanent cure for vitiligo, the goal of treatment is to achieve cosmetic continuity of the skin color. Different methods may be used to achieve this result, such as:

Your doctor may also recommend counseling to ensure that you are not in distress because of the condition. Always remember that you should never try to reduce your activities, ambitions, or social interactions because of vitiligo. Your counselor will guide you to be mentally strong while dealing with questions in your mind.

Some of the commonly advised home remedies (although not conclusively proven) include: