Launching the eClinic, Dr. Naresh Trehan said, “At Medanta, we are committed to providing access to specialised medical care for all. We launched our eClinic initiative amidst the pandemic for bringing quality healthcare to the doorstep of patients in a safe and convenient environment. Through the expansion of this initiative, we aim to strengthen access to treatment to ensure that no one is left untreated.’’ 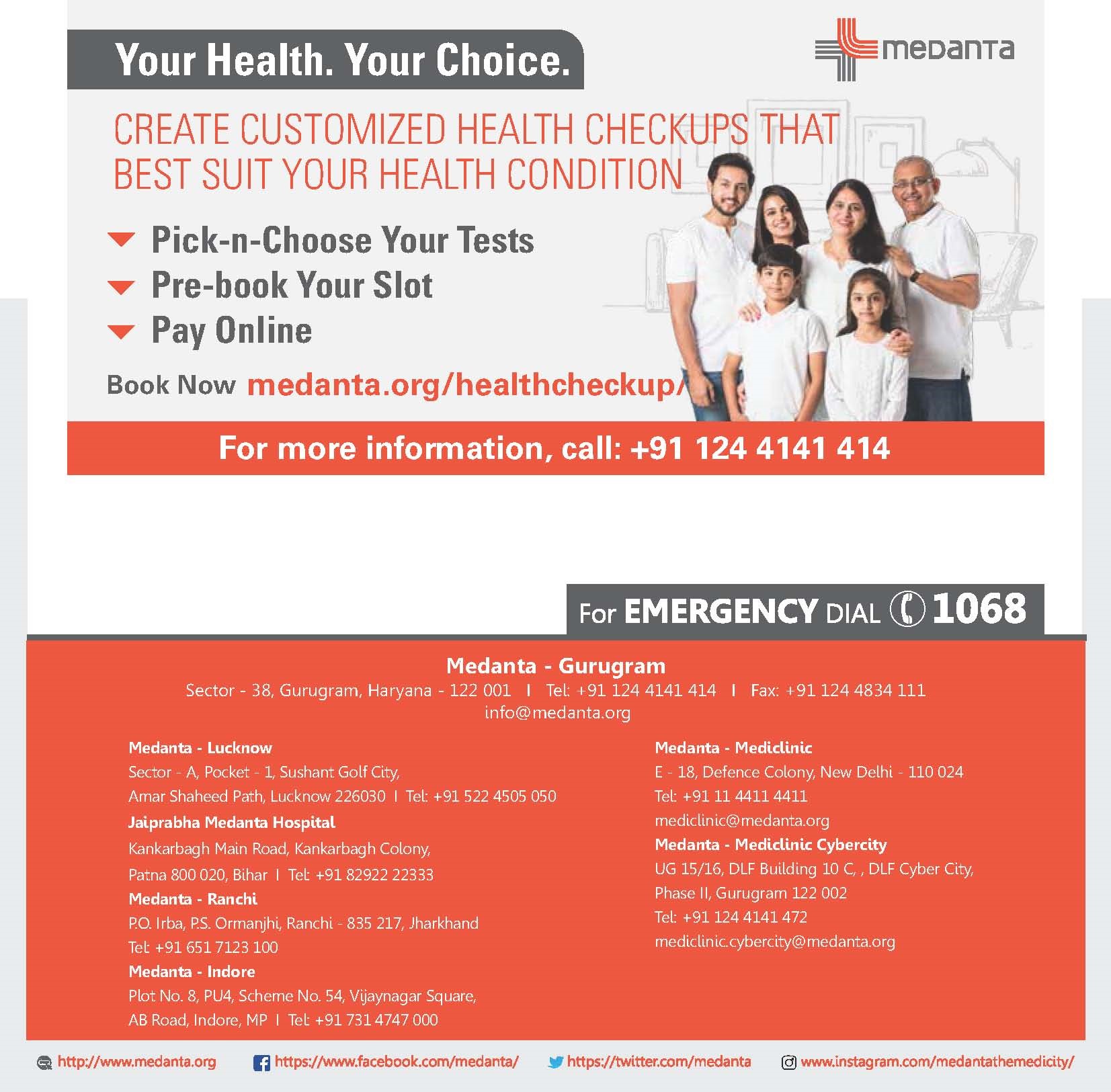 Medanta has become a hub of action as India embarked upon the second phase of Covid-19 vaccination drive which is expected to cover 10 crore people across the country. Starting the vaccination drive for citizens above 60 years and individuals above 45 years of age having comorbidities, Medanta is one of the private hospitals serving as a COVID vaccination centre. Upbeat and enthusiastic citizens who had pre-registered for the vaccination are taking the jab and several walking-in to do on-site registration for

the vaccination. A help-desk has been specifically set up to help citizens register themselves at Medanta

in person and through the Co-win portal

"India will soon achieve herd immunity against COVID-19 if people are vaccinated as per the target set by the Government. Medanta will continue to work with the Government to address this unprecedented public healthcare situation" 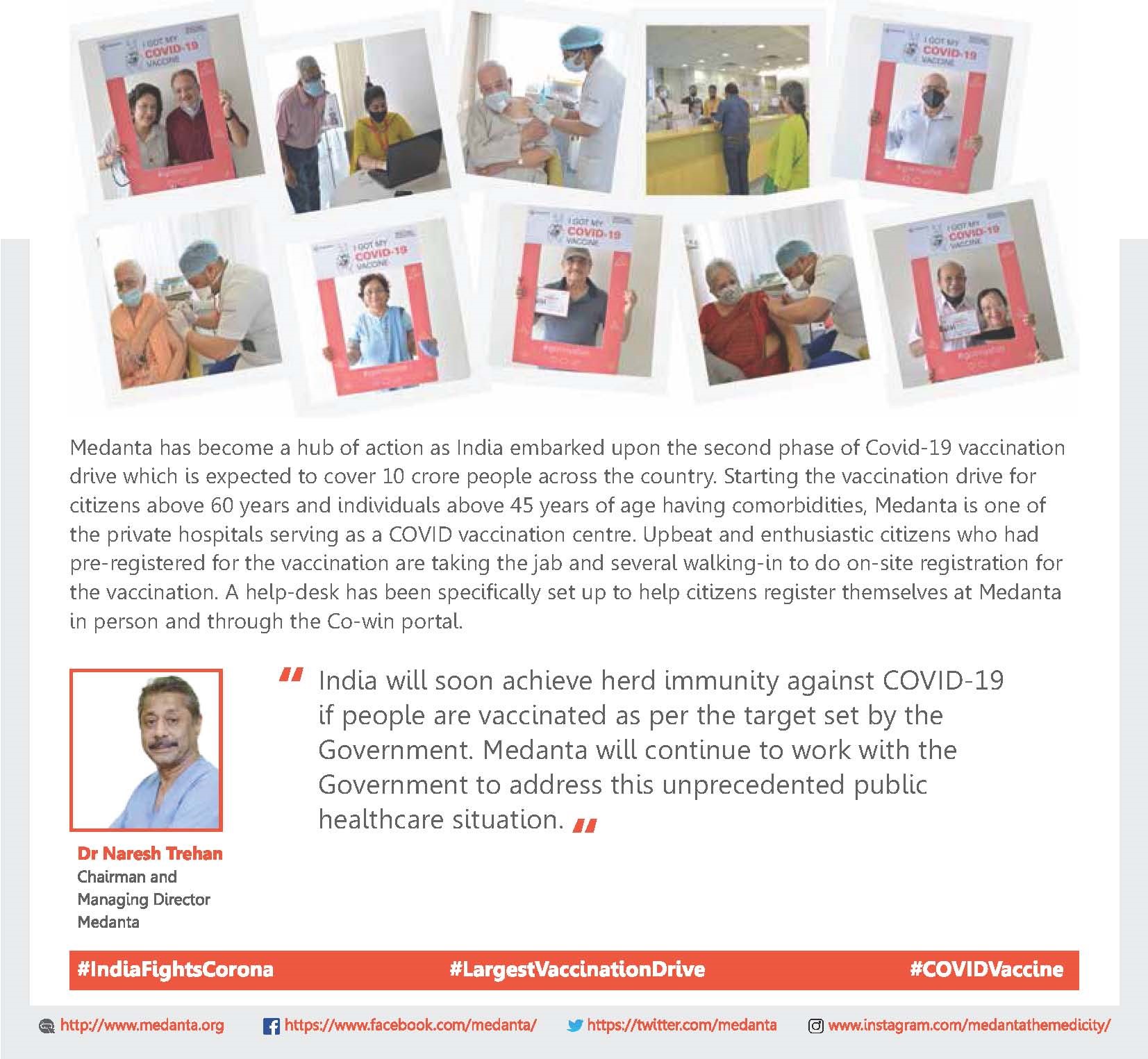 Epilepsy is a central nervous system (neurological) disorder in which brain activity becomes abnormal. Such abnormal electrical activity in the brain network causes seizures (jerks in the body) or periods of unusual behaviour, sensations, and sometimes loss of awareness.

Anyone can develop epilepsy. The disease affects both men and women of all races, ethnicity and ages.

Seizure symptoms can vary widely. Some people with epilepsy simply stare blankly for a few seconds during a seizure, while others repeatedly twitch their arms or legs. However, a single seizure episode does not imply epilepsy. Two unprovoked seizures are generally regarded a

Majority of patients respond to anti-epileptic medication. However, 15-20% patients do not respond to the medicines at all. In such chronic, long-standing and drug-resistant cases of epilepsy, surgery is the last and the best option. Epilepsy surgery is a procedure that removes or alters

the specific area of the brain in which seizures originate.

Surgery is not indicated in cases in which the seizures are well-controlled or so infrequent that they are not disabling. Disability, thus, is the most important factor that determines whether a patient is a surgery candidate or not.

Epilepsy patients are mostly apprehensive about surgery for the fear of paralysis and life loss. In fact, earlier, epilepsy surgeries used to fail because of lack of advanced techniques

which could pinpoint the specific area of brain responsible

for epilepsy. However with advancement in technology and epilepsy surgery evolving as a niche neurosurgery 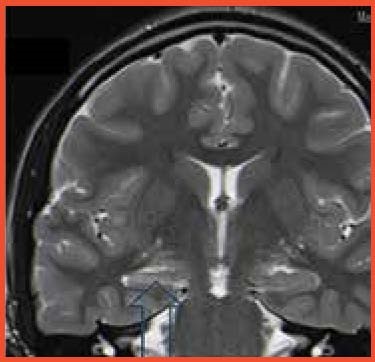 Outcome of epilepsy surgery to a large extent depends on the pre-surgery work up which includes detailed clinical history of the patient, epilepsy protocol high resolution MRI, video EEG, PET and SPECT scans, and psychological evaluation of the patient. The work-up and surgery is a well-orchestrated team work between neurologist, neurosurgeon, neuro radiologist, neuro technologist, neuro psychologist, neuro psychiatrist, neuro pathologist and trained nursing staff for patient counselling. At Medanta, best-in-class medical expertise and cutting-edge technology help us provide the most comprehensive treatment to epilepsy patients. Our neurosurgery team has an experience of over 100 epilepsy surgeries with a success rate of 80-90%.

A 21-year-old male patient suffering from epilepsy for the last ten years reported to Medanta Gurugram in 2017. He had tried six anti-epileptic drugs and, homeopathy and Ayurveda treatment none of which helped his condition. Every week, the patient used to get seizures during which, he would get an aura of fear and epigastric sensation followed by unresponsiveness and statue like absence status for about 1-2 minutes. During this period, he also used to have some facial movement, chewing movement and hand rubbing movements (automatism). If he would ever skip medication, he would experience generalized tonic-clonic seizures (GTCS).