A 14-year-old patient came to us with complaints of recurring high fever, anemia, high BP and cola-colored urine. His growth had been compromised as well

Initially, the patient tested positive for hemolytic anemia, a blood disorder that causes premature destruction of red blood cells. His blood pressure was high and urine showed 4+ protreinuria and red cell casts, suggestive of nephritis. He had high fever and high platelets (over 10 lakh) and hemoglobin was 5 g/dl. Serum Ferritin, a marker of inflammation was 15,000 (normal <500). The young patient was seriously ill. 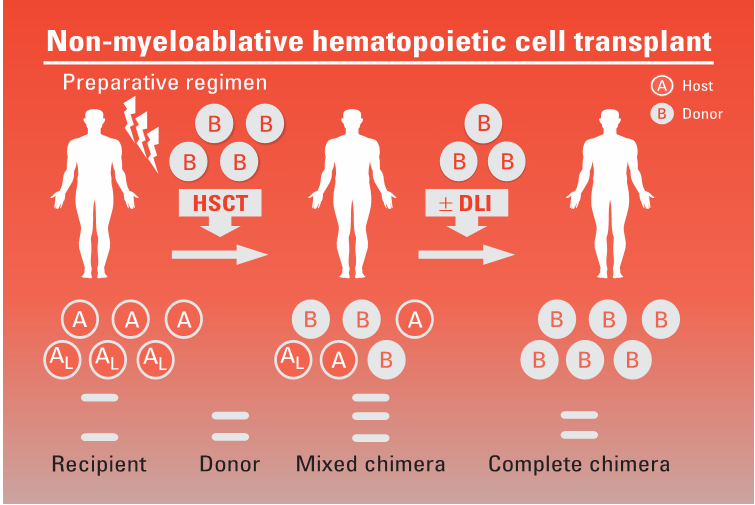 After diagnosis, he met with Dr Satya Prakash Yadav, Director - Paediatric Hemato Oncology & Bone Marrow Transplant, Medanta - The Medicity. While Dr Yadav was sure that the boy had a blood disorder, identifying the specific condition was a process of elimination, starting with the most common disorders.

Ultrasound of his abdomen revealed an unusual finding: the spleen was absent. Tetrad of inflammation, hemolysis, nephritis and asplenia have been previously attributed to a rare syndrome caused by Human Heme-Oxygenase-1(HO-1) enzyme deficiency. Only three patients had historically reported this disorder. None had survived.

Mutation analysis for HO-1 deficiency was performed by Professor Akhiro Yachie, an expert of the disease, based out of Japan. The mutation report was positive confirming the fourth patient in the world suffering from the rare, auto-inflammatory disorder due to HO-1 deficiency.

Patients with HO-1 deficiency lack the enzyme necessary to break down hemoglobin. Heme-oxygenase is highly expressed by monocyte / macrophages and kidney cells. It is an anti-inflammatory system that controls inflammation triggered by any infection in the body, protecting the kidneys and endothelium from damage due to inflammation. In addition to hemolysis, patients also experience severe inflammation, loss of protein through renal tubules and high blood pressure. Inflammation, if not controlled, can prove fatal. Absence of spleen in such patients is yet unknown. The disorder is inherited. Both parents of this patient were identified as carriers. Their other two children are unaffected, however.

With HO-1 deficiency diagnosis established, Dr Yadav planned treatment for which no standard protocol or options were available, given its rarity. The earlier diagnosed three patients had been treated with steroids but the benefit was short lived; all three died eventually because of bleeding in the brain despite normal coagulation and platelets.

Treating this patient was an unprecedented challenge. Dr Yadav initiated him on prednisolone, a popular anti-inflammatory drug; in addition, treated him with hydroxyurea (known to reduce sickling crisis in sickle cell anemia and nitric oxide released by red cell hemolysis and has anti-inflammatory properties). Mycophenolate was added (immunosuppressive drug known to benefit in nephritis) along with supportive care. The boy managed well with this regimen for the next four years but could not be weaned off steroids. The quest for a permanent cure was still on.

The Best Chance for Survival

“The initial symptom of HO-1 is hemolytic anemia,” Dr Yadav explained. “Bone marrow transplant can cure certain forms of hemolytic anemia due to enzyme deficiencies by replacing red blood cell production with a donor's marrow. However, the risks of transplant often outweigh its potential benefit and the risks of other supportive care.” This case was different. Unlike other forms of hemolytic anemia, the HO-1 deficiency was anticipated to progress to either renal failure or severe hypertension or severe inflammation or bleeding resulting in death.

The patient's elder sister was identified as a fully matching donor on HLA typing. After weighing the pros and cons of transplant with the BMT team at Medanta, his parents consented for the procedure as his only option for long-term survival.

The patient was admitted to Medanta on May 1, 2016. He received Campath (anti CD52 monoclonal antibody), very low-dose chemotherapy (fludarabine and cyclophaspahmide) and a single fraction of total body radiotherapy to suppress his immune system for the transplant. On May 8, he received bone marrow transplant from his healthy sister.

Within a week of BMT, his urine became clear and BP restored to normal. He never developed any neutropenia / fever or low platelets throughout the BMT. Two weeks later, his urine albumin became nil. Chimersim test, a month after the procedure, indicated presence of 86% donor cells in his blood. He never developed any fever, hemolysis, high platelets or high ferritin.

Four months following the procedure, the donor cells started depleting for which Dr Yadav prescribed another medicine. This would prevent rejection. Over the next two years, his donor cells have remained stable, curing him of the condition.

First and only one in the world to survive after successful BMT for HO-1 deficiency, he is now a class XI student, regular to school; has gained 12 kg weight, and grown 10 cm taller post procedure.

Adding empagliflozin to standard diabetes treatment for patients with Type 2 diabetes and non-alcoholic fatty liver disease (NAFLD) produces reductions in liver fat and improvements in liver enzymes. This is not seen among those taking standard diabetes treatment without empagliflozin, according to the E-LIFT trial, a research published in a journal of the American Diabetes Association; Diabetes Care. The research was carried out in the Division of Endocrinoloy and Diabetes,

Dr Ambrish Mithal, Chairman, Division of Endocrinology and Diabetology, Medanta - The Medicity. He noted that NAFLD progresses to steatohepatitis (NASH) and eventually to cirrhosis or even cancer in a significant proportion of patients.

“Pharmacologic treatment modalities are few,” he said. “No agent is approved by the FDA for treating this condition. Empagliflozin, an anti-diabetic drug belonging to the SGLT-2 inhibitor class, has gained popularity in recent years because of its ability to promote weight loss and reduce the rate of cardiac events in high-risk patients with Type 2 diabetes,” he added.

The investigators made an effort to maintain similar levels of glycemic control in both groups of patients by adjusting doses of standard treatment for Type 2 diabetes. Thus, it was no surprise that the two groups remained similar with regard to glycated hemoglobin (A1c) and fasting plasma glucose levels.

“This is the first study that showed that this drug reduces liver fat and if the use of this agent or others of this class, is confirmed to have beneficial effects on all the stages of NAFLD, it will enable physicians to target multiple complications of diabetes with a single drug,” said Dr Mithal. He pointed out, however, that it remains to be seen whether empagliflozin treatment will ultimately delay or prevent chronic liver disease in a larger group

of patients. It will also be important to evaluate how the agent affects histopathological changes at various stages of fatty liver disease. Finally, it will be interesting to see if fatty liver disease can be addressed using empagliflozin in patients without Type 2 diabetes.

This study was earlier presented at the annual meeting of the Endocrine Society (ENDO 2018), from March 17–20, in Chicago. Subsequently, it was also published by Medscape, a reputed website for healthcare providers.

This is the first study that showed that empagliflozin reduces liver fat and if the use of this agent or others of this class, is confirmed to have beneficial effects on all the stages of NAFLD, it will enable physicians to target multiple complications of diabetes with a single drug. 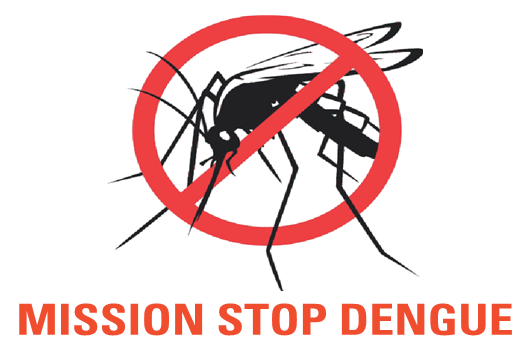 Medanta initiated Mission Stop Dengue, a public health initiative, in May 2016, to engage the community and civil authorities in gaining control over increasing incidence of Dengue. The Mission's integrated disease management strategy is based on community participation and empowerment.

The first phase of the Mission included spreading awareness in 50 schools across Haryana and New Delhi-NCR through awareness programs, poster competitions, essays and debates. In the next phase, RWAs and Panchayats were engaged with Nukkad Sabhas, rallies and door-to-door awareness campaigns. Rahagiri, half marathon and other mass engagement activities were also conducted to share information about prevention and protection from Dengue in several socially and geographically excluded pockets of New Delhi-NCR, including Gurugram, Lisana, Jhajjar, Manesar, Faridabad, Karnal and Sohna. Chai pe Charcha sessions, which included participation from NGOs, social leaders, mass media, community and faith based establishments, were organized to ensure face-to-face communication to take the Mission forward.

Dengue is a major health concern. Mission Stop Dengue aims at educating people and empowering them to fight against the disease.

BrainSUITE is a sophisticated neurosurgical operating room at Medanta - The Medicity. It completely integrates the most relevant surgical and diagnostic tools, including intra-operative high-field magnetic resonance imaging (iMRI).

The technology gives our surgeons a real-time view of their progress during complex brain tumor surgeries. By conducting MRI scans during brain surgery - inside the same operating room - neurosurgeons confirm the intricacies of tumor removal before concluding surgery.

BrainSUITE is the most advanced technology available for complicated neurosurgical cases, ensuring entire tumors are removed the first time, so patients don't have to go through unnecessary subsequent surgeries. Without the need for additional surgeries, patients benefit from faster recovery times and shorter hospital stays. 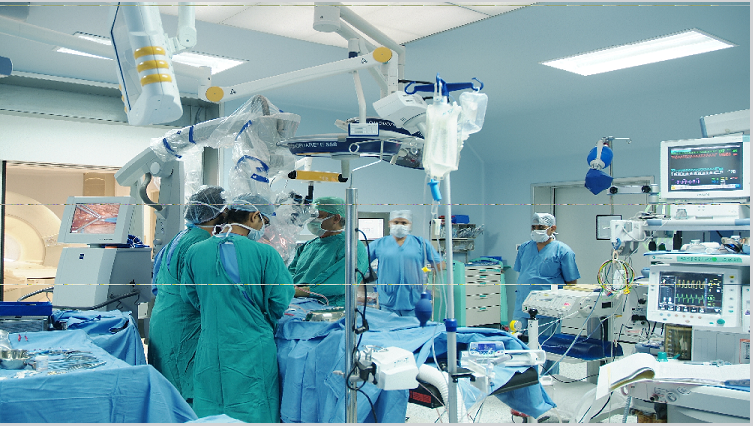 BrainSUITE reduces the risk of damaging crucial parts of the brain resulting in best possible outcomes. It provides a complete check if any more resection is required before the closing of the patient's head and completion of the surgery. Intraoperative Imaging is known to reduce the

re-exploration (revised surgery) rates. The Medanta Institute of Neurosciences has a unique MIYABI (2 room concept). The MRI is placed in an adjacent room, separated from the main operating room through a partition.

The MAGNETOM Espree eco ensures the comfort of the patient with its 70 cm open bore, combined with the 125 cm ultra-short system length. The technology offers high levels of flexibility and comfort for diagnosis of each part of the body. 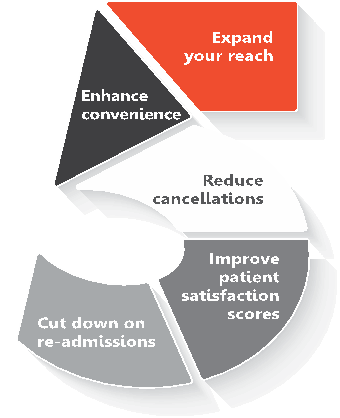 Benefits of Telemedicine for Doctors

While demonstrating increasing popularity, telemedicine is still an evolving concept in India. Early adopters stand to reap the following benefits:

Telemedicine offers the opportunity to consult patients in remote locations and enable them gain access to healthcare.

It is convenient, for both doctors and patients. Allows consultation from non-clinical set-up for the doctor.

Telemedicine can also help lower the amount of cancellations and no-shows for doctors because of its convenience. If a patient can't make it to the doctor's office, the access to telemedicine gives him / her a viable option to still get treated without compromising other commitments.

Has the potential to improve your patient satisfaction scores / patient feedback by offering shorter wait times and convenient, virtual access to healthcare. This will improve your cyber reputation and attract more patients.

Cut down on re-admissions

Allows doctors to stay in closer contact with their patients post-op, giving ample opportunities to assess for emerging symptoms and spot early problems before they require re-admission.

An early adopter of Telemedicine, Medanta has been enhancing access to healthcare, serving the underserved in remote geographical corners. Medanta eCLINIC platforms allows patients to seek consultation, get second opinion and do post-op follow ups from convenience of their homes, at a time they prefer.