Moyamoya disease is an uncommon progressive disease of the cerebral vasculature affecting both children and adults, leading to ischaemic or haemorrhagic insults to the brain. Rarely, it causes movement disorders. We recently had a paediatric case of Moyamoya disease with distinctive features of Tourette's syndrome that resolved completely within three months of cerebral revascularization surgery.

A 5.9-year-old male child presented at Medanta - The Medicity with complaints of repetitive winking of the right eye and ipsilateral shoulder shrugging in fully conscious state with paroxysmal bouts of shouting, loud laughter punctuated with abusive verbal expressions (coprolalia) for 1.5 years. 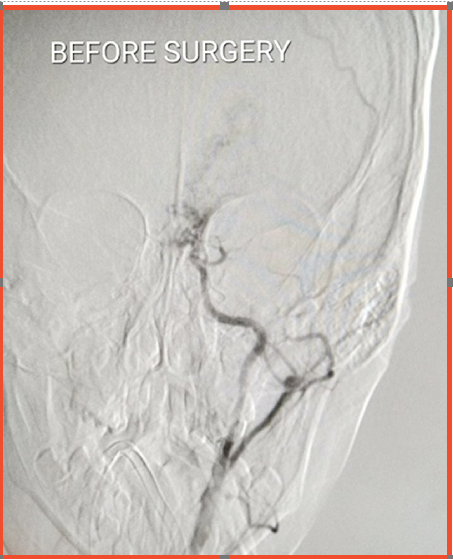 These episodic features got accentuated by stressful situations. The boy underwent comprehensive neuropsychiatric evaluation and was found to have progressive regression of verbal and cognitive milestones, emotional liability and aspects of attention deficit hyperactivity disorder (ADHD).

He was evaluated by a neurologist and his electroencephalogram was reported normal. He was diagnosed with Tourette's syndrome. MRI brain revealed multiple ischaemic areas involving the basal ganglia and frontoparietal cortical areas along the middle cerebral artery territory, predominantly on the left side. Subsequently, Digital Subtraction Angiography (DSA) of the brain was done which revealed extensive stenosis of bilateral (predominantly left sided) internal cerebral and middle cerebral arteries with diffuse leptomeningeal collaterals. This led to the final diagnosis of Moyamoya disease in association with Tourette's syndrome.

The patient was started on anti-platelet agents and surgery was planned. Subsequently, the patient underwent both direct (superficial temporal artery - middle cerebral artery bypass) and indirect (encephalo-duro-arterio-myo-synangiosis - EDAMS) cerebral revascularization surgery at the same time. The procedure was uneventful. 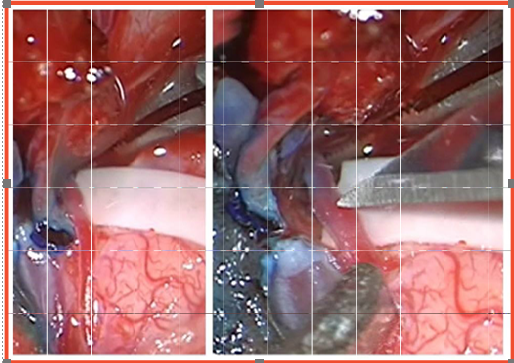 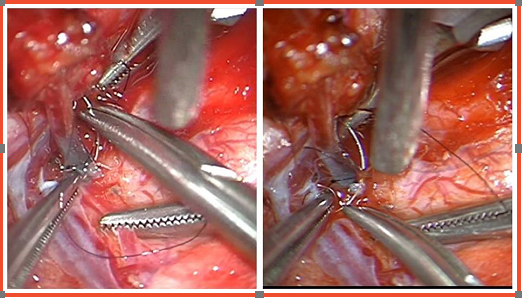 Three months after the surgery, the patient showed significant clinical as well radiological improvement. His motor and vocal tics improved considerably and his follow up DSA showed profound improvement in blood flow in the previously affected middle cerebral artery territory with development of new collaterals. The patient continues to do well six months post-op and has resumed school.

Tourette's syndrome is a rare neurological disorder in which the patient displays repetitive, stereotyped involuntary movements and vocalisations called tics. It was first described by Dr. Georges Gilles de la Tourette, a French neurologist in 1885. It is more common in males and the age of onset is before 18 years. A study has published the prevalence of Tourette syndrome to be 0.7-5.3 per 10000 with male:female ratio being 4:1. The patient may experience simple motor tics like blinking, shoulder shrugging or complex ones like foot stamping or jumping. Phonic tics may range from simple ones like grunting or sniffing to complex ones like coprolalia (inappropriate or vulgar words), echolalia (repeating others' words) or palilalia (repeating one's own words).  Tourette's syndrome is often associated with attention deficit hyperactivity disorder (ADHD). The current diagnostic criteria of Tourette's syndrome include presence of two or more motor tics and at least one vocal tic (which may not be concurrent), beginning before 18 years of age and lasting for at least a year with no history of any drug intake or of any medical condition which may have caused such symptoms.

Several genetic and environmental causative factors have been implicated, but no definitive etiology has been confirmed. However, disturbance in the dopaminergic pathways in the basal ganglia, causing loss of neuronal inhibition in the sensorimotor loop and frontocortical compensation has been proposed to be the final pathway in the pathogenesis of the disorder. One neuroimaging study has shown that the volume of bilateral caudate, lentiform and globis pallidus nuclei is smaller in these patients as compared to controls. Another study has shown that although several areas of the brain are involved, but morphological changes in the caudate nucleus, within the cortico-striatal-thalamo-cortical circuits, play a central role in the clinical manifestations of Tourette's syndrome.

Moyamoya disease was first described in 1957 by Takeuchi and Shimiju, as a disorder with hypoplasia of bilateral internal carotid arteries. Suzuki and Takaku named the condition as Moyamoya which literally translates into

'puff of smoke', representing the angiographic view of compensatory collaterals. It is defined as a progressive occlusion of internal carotid arteries with development of basal cerebral collaterals. Its global incidence is 0.54 per 100,000 patients. The incidence peaks at ten years of age and again at 30-40 years of age. 80% of paediatric Moyamoya disease patients present with cerebral ischaemia and 20% with haemorrhage. Children may present with transient ischaemic attacks, headache, seizures, involuntary movements and progressive decline in intellectual ability with features of attention deficit.

Involuntary movement is a rare presentation in Moyamoya disease and the pathology lies in ischaemic dysfunction and imbalance in the cortical-subcortical-ganglionic-thalamic-cortical circuitry. Similarly other authors have also reported movement disorders as rare presentations after ischaemic cerebral insult. Usually these include dystonia, chorea, hemiballismus or myoclonus. Cognitive decline in Moyamoya disease has also been separately reported along with its subsequent improvement after cerebral revascularization surgery.

However, paediatric Moyamoya disease associated with distinctive features of Tourette's syndrome has never been reported.

Our patient showed dramatic improvement after cerebral revascularization surgery. His clinical improvement paralleled the improved blood flow to the previously affected areas, as evident from the new collaterals seen on follow up DSA.

A 46-year-old female had developed a rash on her body accompanied by weight loss and weakness. A simple blood test showed some abnormal cells and she was referred to a haematologist. After a bone marrow test and flow cytometery (test to stain the leukemia cells), she was diagnosed with Acute Myeloid Leukemia (AML), a rare form of blood cancer. 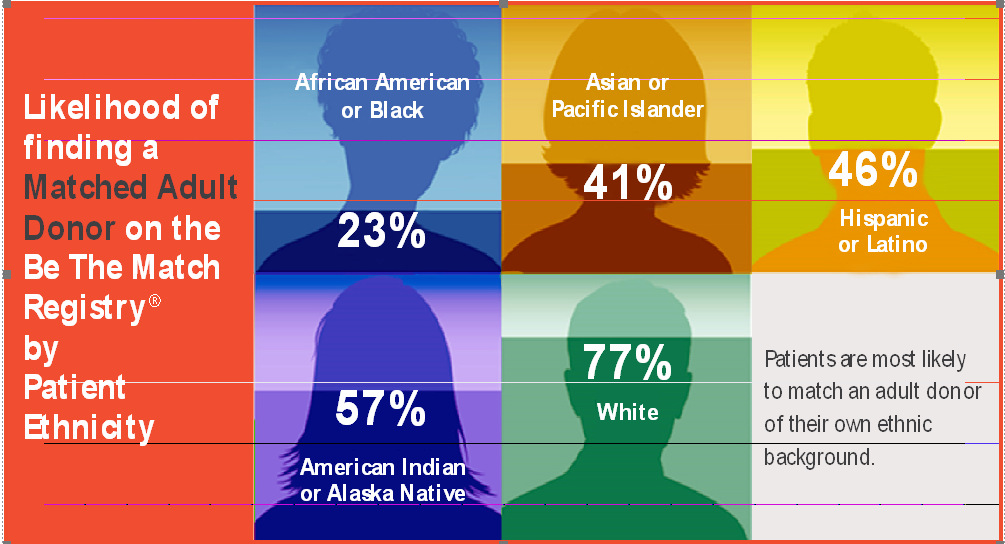 AML is a form of blood cancer, which originates from the bone marrow. The cancer cells occupy the bone marrow making it difficult for the normal cells to be produced in the bone marrow. This results in low haemoglobin (anemia), low white blood cells count leading to infections and low platelets which causes bleeding and bruising.

AML is treated by chemotherapy and the treatment is very effective in clearing the disease in majority of patients. But in her case the chemotherapy was unable to clear the disease.

At this point, she was referred to Medanta - The Medicity.

Here, she received stronger chemotherapy and was planned for a bone marrow transplant. Unfortunately, her siblings were not a match and a search in the worldwide registry could not find a match for her.

This, however, was not a deterrent as at Medanta, we have the expertise to conduct Haploidentical donor transplant (half-matched donor). After detailed counselling, she was transplanted from her half matched sibling and was consequently clear of leukemia.

Haploidentical transplant is a type of procedure in which patients who need a donor type of transplant (and don't have an available donor) can be transplanted with a half-matched donor. The procedure has been developed recently and mandates collaboration of experts from various specializations for a successful outcome. It requires specialists trained in this type of procedure, a dedicated transplant unit within the hospital, an efficient blood bank and an advanced radiation unit. If performed in line with internationally accepted protocols, Haploidentical transplants give outcomes comparable to sibling donor transplants and are accepted as a form of treatment for AML patients with no matching donor. 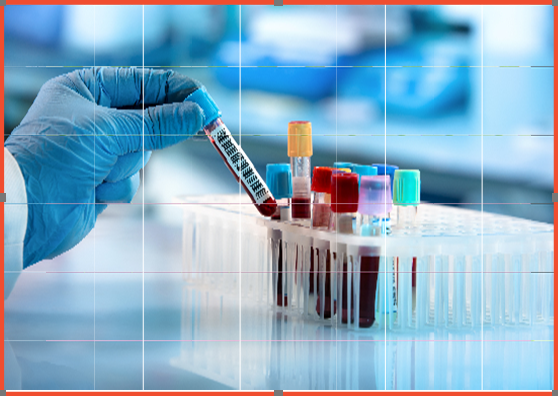