Sleep Disorders – When Should One See A Doctor? 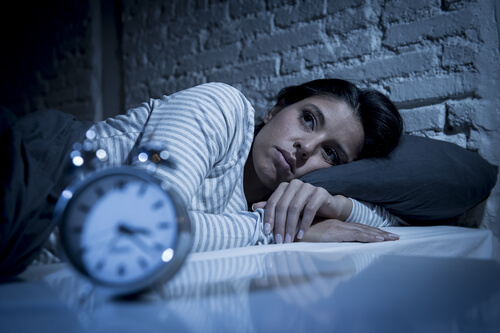 Imagine starting the day without having slept enough or struggling to stay awake because of erratic sleep at night. These might be the early signs of a sleep disorder. Sleep disorders, in simple terms, are conditions that disturb the ability to sleep soundly. For an adult, 7-8 hours of sleep is very important to keep the body active, let it heal, and restore its chemical balance. Not sleeping enough or sleeping badly is known to affect these activities.

Doctors at the Respiratory and Sleep Medicine department at Medanta - The Medicity say, that any of the above symptoms could signify a sleeping disorder and should not be ignored. A very serious fallout of suffering and ignoring a sleep disorder is the risk of causing accidents.

According to doctors, often there are conditions, internal and external, that make sleeping
seem like a difficult task.

Sleep medicine doctors at Medanta recommend a sleep study whenever a patient shows signs of a sleep disorder. Sleep studies in Medanta Hospital are conducted in a sleep lab that has specialised equipment to record the patient’s breathing pattern, heartbeats, brainwaves, oxygen saturation levels, and movement of the eyes and limbs during sleep.

The study helps determine the extent of the problem and the treatment plan for it. A sleep study is conducted at night and is divided into 2 parts. In the first half of the night, the patient’s sleeping pattern is studied. After the diagnostic study, in the second half, the patient is generally treated with a CPAP or BiPAP, machines that deliver mild air pressure to help a person with apnoea, breathe. Further treatment steps are taken based on the reports generated in the sleep lab. Medanta has the capacity for two sleep studies each night, and on an average conducts 35-40 sleep studies on patients every month.