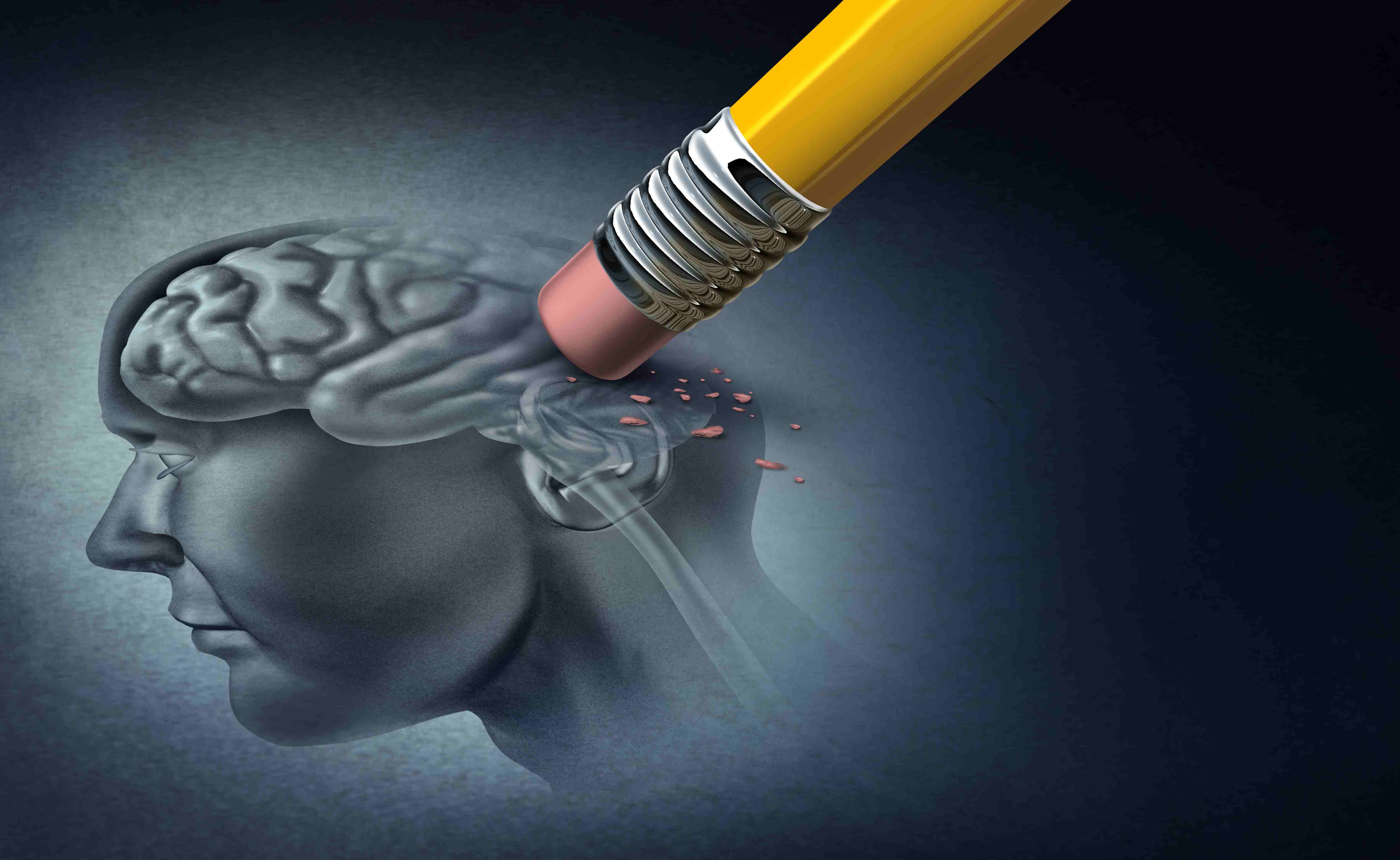 Alzheimer's disease is a progressive deterioration of mental capacity, memory and brain functions. This neurological disorder causes degeneration of the brain wherein brain cell connections and cells atrophy and die. Alzheimer's disease is thought to be caused when there is an abnormal build-up of proteins in and around brain cells. The two proteins that cause this are called Amyloid which deposits around brain cells forming plaques and Tau protein which forms tangles within the cell.

Alzheimer's disease is the most common cause of dementia and premature senility. It causes a steady dimming in thinking, behavioural and social skills that ultimately affects how a person behaves and reacts around society and capacity to even perform everyday chores. Around 50 million people globally have been diagnosed with dementia, and 60% to 70% of this number are considered to have Alzheimer's disease.

Memory loss and confusion are considered to be early indicators of this haranguing disease. The early signs of Alzheimer's disease present with people forgetting recent conversations, misplacing things, trouble in speaking or writing and withdrawal from social activities. This results in a shift in behaviour and personality of the person, leading to moodiness. With the disease’s progression, a person develops severe memory issues and inability to perform even the simplest task over a period of time.

Alzheimer’s treatment includes medications that can help deal with the stages of this disease in a more robust manner. Top neurologists try to improve the quality of life of a patient by slowing the progression of the disease, so the patient can stay independent for as long as possible. There is no permanent cure for Alzheimer's disease or a known way to reverse the damage done to the brain. Alzheimer’s disease is classified into 7 stages starting from the onset of the disease to its progression where a person is completely handicapped.

The onset of Alzheimer’s disease generally begins much before any signs or symptoms are visible. Changes begin to happen in the brain that can be detected early only by doing a PET scan or an imaging test that maps the brain’s working. A patient displays regular social behaviour and noticeable changes in thinking and reasoning facilities start manifesting later when the stage progresses.

The second stage of this disease is where mild changes in behaviour start appearing and may be noticeable to a loved one or friend. The patient might start forgetting words or threads of a conversation, misplacing objects and so on. These symptoms are not severe enough to affect the day to day life of a person and can sometimes just be an indicator of old age rather than Alzheimer’s disease. A top neurologist also has difficulty in diagnosing a patient at this stage as the changes are very subtle and generally escape attention even by the patient’s close ones.

Stage three of Alzheimer's disease is where the changes in a person’s mental faculty start becoming apparent and noticeable. Loved ones start noticing changes in a patient’s reasoning and actions such as:

The role of a loved one becomes crucial here in helping the patient manage their day to day affairs like paying bills, keeping appointments and finances in order. Family support can also help relieve stress by giving them the luxury to retire from work and feeling cared for. Mild and early stages of Alzheimer’s disease can last for an average of 2 to 4 years.

This stage of Alzheimer’s disease presents more obvious signs and symptoms and new issues also become visible. The patient starts needing help with daily chores and activities. Noticeable symptoms might be like the following:

The stage of moderately severe decline, or middle stage, can last from 2 to 10 years. The disease worsens to the point where the patient starts losing track of time and often gets confused about their whereabouts. A common symptom is failure to remember details about their lives, such as telephone numbers, addresses, schooling life, and details about their work life. Confusion related to events, days, weather, and the type of clothes to wear starts to become commonplace. The person starts asking the same question over and over with alarming frequency. Family and close friends can help in such situations by patiently answering questions and laying out their clothes so they feel a modicum of independence by dressing themselves. Instructions can be left by their food with advice on how to heat it or when to eat it, ordering groceries and daily essentials for them and organising various other chores.

By stage 6, the disease progresses to a point where a severe decline in mental activity is noticed. The patient might recognise faces but be unable to remember their names or relationships. Delusions start setting in, leading one to think of their son as their father, or to go to work only to find out that they have already resigned. Patients start having trouble with going to the bathroom, dressing, and feeding themselves. This period is also characterised by weight loss, infections, and issues with walking and sleeping. Once the situation has deteriorated to this stage, it becomes difficult to connect or identify with the patient once the situation has deteriorated. However, the patient’s still enjoys listening to music, stories, or going over old photos.

This period is considered the stage where a person’s most basic abilities also diminish, such as eating, walking, and sitting upright. They forget how to swallow, or recognise when they are feeling thirsty. They become entirely dependent on their caregivers for even the most basic activities. This stage usually lasts 1 to 3 years and can be equally traumatic for the family. The patient requires 24x7 care and attention so they don’t accidentally harm themselves. Families often choose to hire nurses or shift the patient to a hospice or nursing care facility so they can get the help they need.

In Alzheimer's disease, connections between networks of neurons start breaking down as brain cells get affected and various brain regions start shrinking. This is called brain atrophy, and by the final stages, it is so widespread that significant brain volume is lost. The stage at which Alzheimer’s is detected influences the life expectancy of a patient, so one must search for a neurologist nearby and start Alzheimer’s treatment. Although the rate of progression differs for people, on average, a person might have 3 to 11 years after diagnosis.