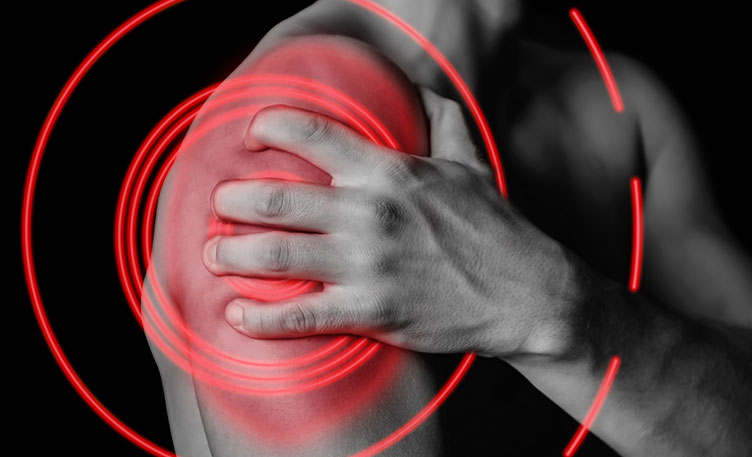 At 50 years of age, Ajit Shah* has represented the country in multiple sporting events, won the Mr Delhi title four times, and broken two national weightlifting records. That’s a lot of accomplishments for a lot of sports all of which came after hours of training and at a very real human cost – injury.

Injury is the natural outcome of all human activity, not just sports or body building. When treated well post injury, our joints empower better living at all ages. And, unlike what is believed, surgery is not a point of no-return. With correct follow-through even severely injured patients make strong comebacks, like Ajit who broke the all-India bench press record in 2019 — seven years after landing at Medanta with a shoulder pain so debilitating he could not even lift his arm.

The long journey from almost losing arm function because of Weightlifter’s Shoulder to reaching the peak of his sport and being able to take care of his family is one that Ajit credits to his treating surgeon and upper extremities specialist at Medanta, who prescribed a patient-specific treatment plan, though seemingly aggressive, ensured Ajit could live his determination to not “vegetate and grow old”.

“My shoulders started hurting sometime in 2009-10 when I resumed swimming after more than a decade. I was left paralysed at 25 years of age when three disks in my lower back burst open while doing deadlifts. It took me over two years to start walking normally again. I regained my independence but I became depressed and stopped working out completely,” said Ajit. He added that though it is not unlikely to develop pains or new injuries when a body “restarts” after so long, this pain in his shoulders was something he had never experienced even as an international-level swimmer.

The pain started after a few months of resuming workout. “Every time I picked my children to play with them, my shoulders hurt. I knew they were not frozen. So I started searching for the best shoulder surgeon.” Ajit’s search started by researching orthopaedic specialists in NCR, and “ended with the first doctor he met” — Dr Raman Kant Aggarwal, a leading surgeon for shoulder, elbow and sports injuries in north India and the Director at Medanta’s Institute Of Musculoskeletal Disorders and Orthopaedics.

Ajit’s was a typical case of Weightlifter’s Shoulder, or distal clavicular osteolysis — a common condition among sportspersons who do a lot of bench press or chest press with heavy weights. The “only other segment where this condition is even more common is that of homemakers because of the nature of the work involved”, said Dr Aggarwal, adding that this problem is becoming common as more and more people take to body building.

Weightlifter’s Shoulder is not a trauma injury, but one that develops slowly as the end of the collarbone swells and breaks down over months of overuse. The repetitive stress actually leads to micro fractures and after a point, when left untreated, it starts dissolving, warns Dr Aggarwal.

But, very often distal clavicular osteolysis is missed altogether because it subsides on stopping the activity, or is misdiagnosed. “You can’t self-diagnose this, but there are giveaways for Weightlifter’s Shoulder that should take you straight to an upper extremities specialist, including severe and very pointed pain arising from the end of the collarbone (acromioclavicular joint or the AC joint),” he said.

Being a lifelong sportsperson who has benefitted from multiple surgical repairs, Ajit did not lose time when this problem surfaced. The doctor suggested surgery, and he accepted it.

Dr Aggarwal prescribed an aggressive surgical approach versus the more popular distal clavicle excision to repair Ajit’s shoulder given the greater need for strength. Distal clavicle excision is an arthroscopic, or keyhole, surgery that does not disturb the ligament while allowing removal of the damaged bone.

“We cut open Ajit’s shoulder to burr the bone by 8mm. Open cut surgery is not popular, but we used a special technique to supplement the strength of the top ligament. This surgery would also have a longer recovery time. But his was a special case. He was a big burly man and he wanted to lift weights. We wanted to give him strength and a possibility to regain the lifestyle he wanted,” said Dr Aggarwal.

Explaining the nature of the disease, Dr Aggarwal says that distal clavicular osteolysis causes the bone to degenerate, and the problem never really goes away on its own.

“The pain only reduces when patients stop lifting weights. A course of anti-inflamatory medicines and other drugs control the osteoclastic activity; occasionally an injection of corticosteroids into the joint settles the issue temporarily. If none of this helps then surgery is the only way out,” he said urging people to not suffer from pain in the upper extremities when correct diagnosis can help them get their life back within weeks.