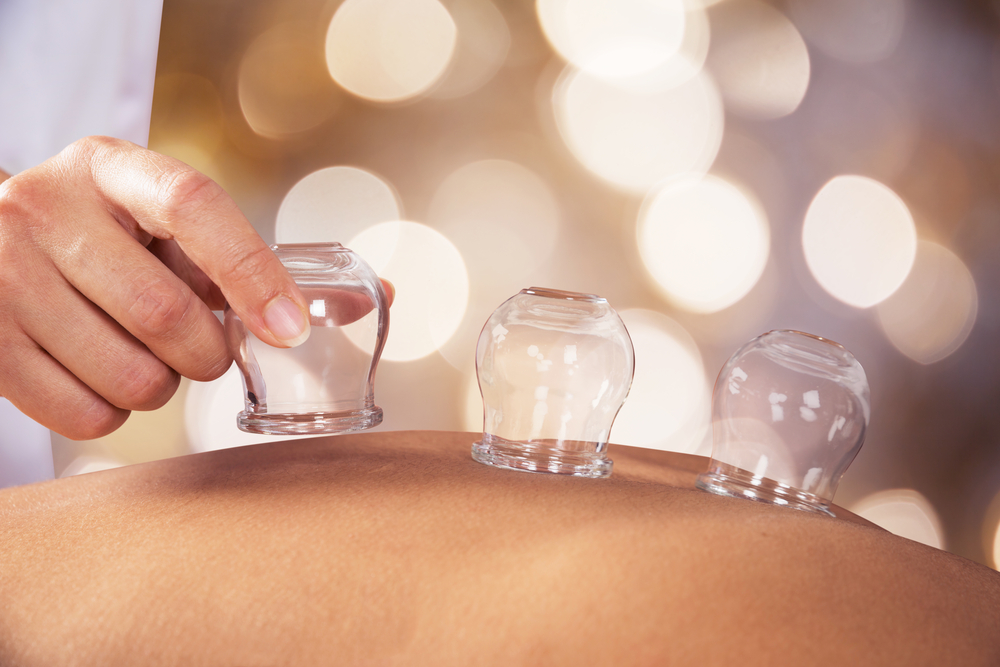 Cupping is a method that involves pressing glass or plastic cups against the body part causing discomfort and creating a vacuum by either applying heat or suction. This suction yields large bruise-like marks. It was first used to treat skin abscesses by getting rid of blood and pus, but over the years it has expanded its horizon and is currently used in treating tuberculosis and rheumatism too.

Cupping was predominantly part of Chinese folklore culture which was therefore inherited by modern Chinese practitioners. Presently, It is an established therapeutic practice in hospitals in China.

Another similar culturally relevant treatment method is coining. They share the same principle wherein a large metal disc with an attached handle is pressed against the affected area. While coining is not very well known in the rest of the world and dismissed by doctors as cultural myths, it is very commonly practiced in China, Cambodia, Vietnam and Myanmar for curing ailments such as fever, tuberculosis, rheumatism and muscular pain.

The Practice of Cao Gio (Coining) :

Gua sha or coining translates to "scraping or bruising". It can also be referred to as Cao Gio which means "catch the wind". It is an integral part of medicine in various south-eastern Asian cultures. It is seen to be a popular home remedy for people of all ages.

How is it performed;

For this method the following procedure is usually undertaken:

Why is it performed;

Coining is used to treat many symptoms that are related to the respiratory system, skin, or muscles, such as Cough, cold, fever or headache.

Coining may also be used with children and infants to stop uncontrollable crying.

Coining may also be combined with the practice of cupping for benefits such as relieving body aches.

The Practice of Dry and Wet Cupping:

Cupping is another ancient therapy that can be traced back to 3000 BC. People recently have surprisingly re-developed interest in this treatment which has resulted in current practices for various uses. Only trained massage and physical therapists should carry out cupping in the treatment of pain.

How is it performed;

Circular suction cups that are made of glass, bamboo, or earthenware are applied to dry skin. A suction is created that causes bruising or a hematoma. There are many methods available that are used to create the suction, such as:

Side effects may be there, especially in the incision technique including a range of discomforts, burns, bruises and infections

Why is it performed;

Cupping has been in use for treating aches, more specifically chronic low back pain. Research studies suggest that cupping can also treat acne, cervical spondylosis, cancer pain, trigeminal neuralgia, brachialgia, carpal tunnel syndrome and herpes zoster. Although research does not determine its efficacy, compared to standard pharmacological treatment, this is a very popular practice to date.

Cupping and coining have been prevalent for so many centuries that it has become an integral part of the cultural identity of south-eastern Asians. Therefore, the treatment procedure requires much more than medical history. They demand culturally sensitive patient care, which includes communicating ideas and building trust to diminish misconceptions while providing care for individuals of multicultural backgrounds. Enhancing such transcultural awareness training and nursing school programs or in-service education programs for working professionals can be a good option. It is also important to understand that not all patients are fit to undergo such treatments, for example, it can be dangerous for people with high blood pressure or heart problems.