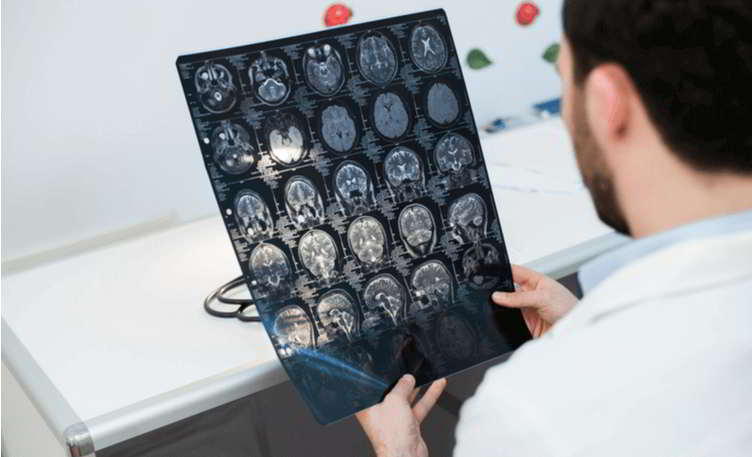 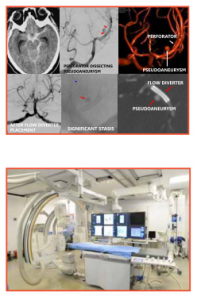 Case Study
A 51-year-old female, known case of hypertension presented in emergency on June 11, 2020 with complaint of severe headache associated with nausea and vomiting for five days.

Digital subtraction angiography was performed which revealed very small dissecting pseudoaneurysm of posterior cerebral artery perforator on the left side, not amenable to routine endovascular coiling and surgical clipping. The patient was advised to undergo endovascular flow diverter placement procedure which would redirect the flow away from the aneurysm and subsequently initiate thrombosis of aneurysm and occlude it in follow up. Small caliber posterior cerebral artery, mini flow diverter (2.25x10mm) was successfully deployed across the perforator pseudoaneurysm. There was significant stasis achieved on delayed angiographic run. Patient was discharged in stable condition after seven days without any neurological deficit (modified Rankin Scale (mRS) score of 0).

The neuro-intervention team at the Medanta Institute of Neurosciences has immense experience in treating aneurysms using flow diverters. The team has the experience of successfully treating over 200 aneurysms.

Dr. Gaurav Goel, Director & Head - Neuro Interventional Surgery, Institute of Neurosciences - Medanta, Gurugram is a specialist in Spine Pain Neuro-Intervention and Vascular Neuro-Intervention surgeries, further explains everything you would like to know about these state of the art technology of flow diverters.

What is a Flow Diverter?

Traditionally, brain aneurysms have been treated using endovascular methods such as balloon assisted and stent assisted coiling. But studies have shown their less than expected efficacy given their high rate of recanalization.

Advances in Flow Diverter
The latest innovation in this space is small size flow diverters which are now enabling treatment of aneurysms located in distal smaller size calibre vessels. However, they are deployed through large-size microcatheters which sometimes become difficult to navigate into the distal smaller vessels. The latest, smaller version of the flow diverter device addresses this challenge as it can be deployed with the lowest profile 0.017’ microcatheter. The advantage of the device is the easy trackability of microcatheter through the distal smaller vessels (1.5-3.5mm calibre), smooth and easy deployment, and full radiopacity with 90% resheathablity.