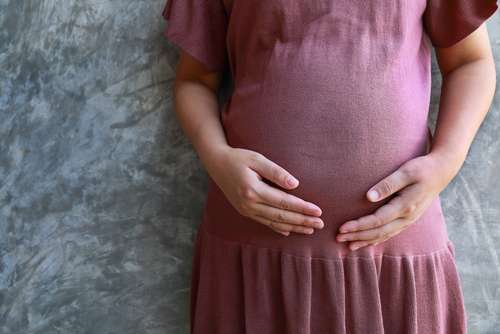 All symptoms that are considered as ‘abnormal’ are tested further by gynaecologists. This includes doing blood tests and an ultrasound that can help in finding the tumour in the body. Ultrasounds and advanced form of imaging like MRIs are considered safe during pregnancy. This is often followed by a biopsy of the affected area if needed.

Treatment Options for Cancer When You're Pregnant

Most cancers are treated with surgery, chemotherapy and radiation, but when pregnant, these methods might be altered keeping the mother and the unborn baby’s health in mind.

Surgery is often the first line of treatment in cancer. According to doctors, surgery is the safest cancer treatment option during all stages of pregnancy. Doctors remove the tumour and some surrounding healthy tissues during the surgery which holds very little risk to the foetus.

Depending on the dose of radiation and the area of the body being treated, radiation therapy can be used in the second or third trimester. For breast cancer or head and neck cancers which are located far from the uterus, careful planning is used when using radiation therapy. Some kind of blocks are used to reduce the amount of radiation the unborn child is exposed to.

All of the treatment options under surgery, chemotherapy and radiation are explored after determining the following:

One important thing to know is that pregnancy doesn’t increase the chances of getting cancer. Doctors often customize plans for pregnant patients with several unique factors in mind. No cancer is the same for every person, and neither is its treatment.