Cancer in India: Are Women More Affected than Men? 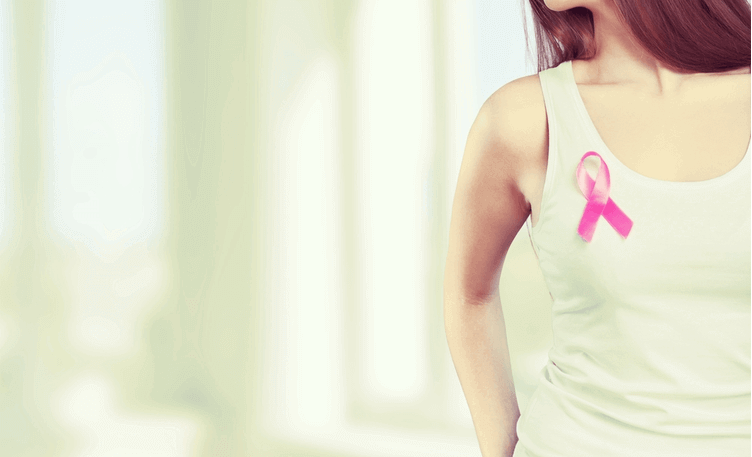 Of the non-communicable diseases that exist in the country, cancer causes one of the highest number of cases, second only to cardiovascular disease. According to GLOBOCAN 2018, a project led by the International Agency for Research on Cancer (IARC), between 2014 and 2018, India has had to fight an estimated 2.25 million cancer cases.

In 2018 alone, the number of new cancer cases in India stood at 11.57 lakhs. And while the country’s cancer burden continues to see an uptick, a particularly dismaying trend is the disease’s influence on women. According to recent reports, cancer is impacting more women than men in the country. However, more women survive cancer than men primarily because

Cancer in India: Men vs Women 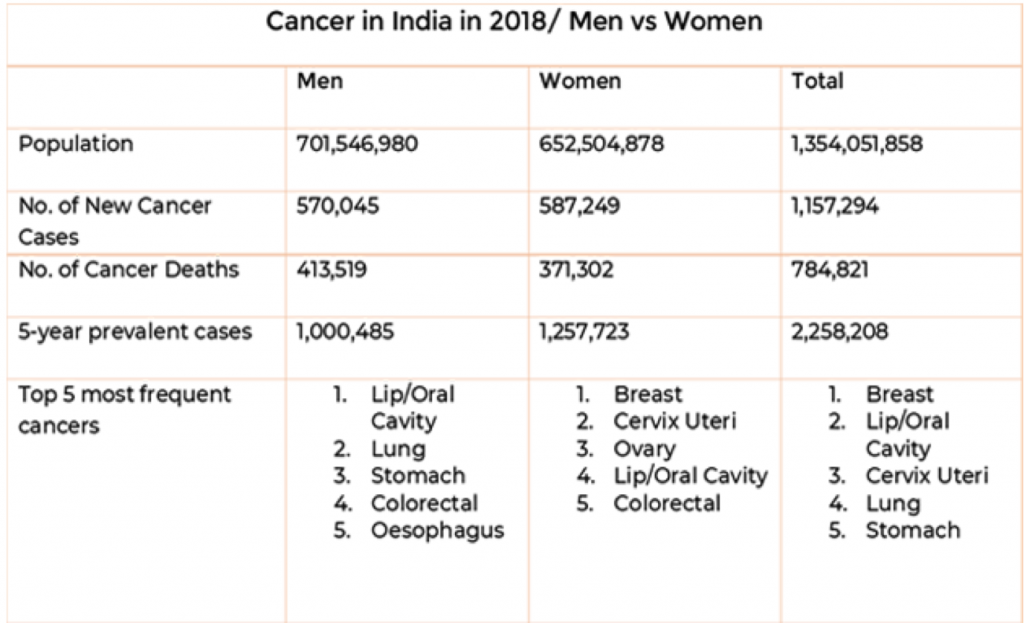 Out of the 11.57 lakhs cases that were diagnosed in 2018, 5.87 lakhs were of women afflicted by the disease. That adds up to 50.7% of India’s total cancer cases. It is important to keep in mind here that men constitute a slightly larger chunk of the country’s population at 51.8%. Cancer’s burden on women is thus higher than the said number when we consider the relative population break-up. These numbers are even starker when we consider the 5-year prevalence rates. Female cancer cases then constitute over 55% of the country’s total cancer cases!

According to Globocan 2018, women are most affected by breast, cervix uteri, ovary, lip/oral cavity, and colorectal cancer. Breast cancer alone makes up 27.7% of the total cancer cases in women, followed by cervix uteri (16.5%) and ovarian cancer (6.2%). At 45-50 years, the average age for breast cancer in India is almost a decade lower than that in the west where the average age for the onset of breast and ovarian cancer is 60 years. This trend in part is attributed to genetic and environmental factors that persist in high-income economies.

In India, risk factors such as high-fat diets and obesity have also added to the number of breast cancer cases.

In 2018, cervical cancer affected close to 97,000 women in the country. Rural women are known to be at higher risk of developing cervical cancer as compared to their urban counterparts owing to limited access to medical facilities and high medical costs.

Research on why women in India have a higher incidence rate of cancer is yet to yield definite results. Around the world, cancer affects more men than women. However, this trend is reversed in India. Research states that while cancer does hit more men than women, women are better equipped to fight the disease.

According to studies, the difference in the way cancer affects genders can, in part, be drilled down to exposure to carcinogens and lifestyle factors. Men tend to indulge in smoking, drinking alcohol and eating fattier foods more so than women. 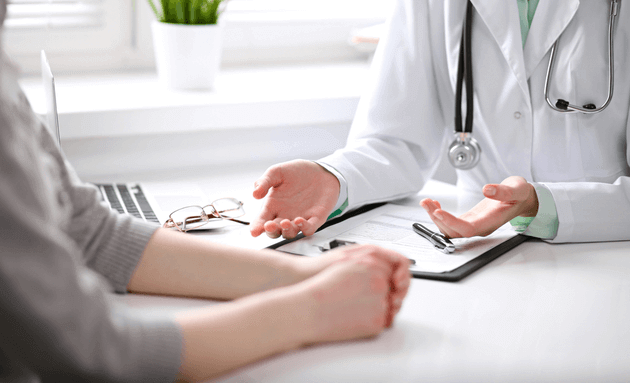 Further, women are generally more exposed to medical check-ups than men on account of pregnancy, childbirth and child-rearing. This provides them with a window to discuss any jarring medical symptoms with a professional, and also gather information on prevention. Further women are extensively educated about getting screened for common illnesses such as breast and cervical cancer.

This isn’t to say that men do not visit the doctor or are not part of screening programs. However, it is typical of a male to put off visiting a doctor until symptoms become serious.

India vs the world

Most countries across the globe are seeing an overall increase in their number of cancer cases. This growth possibly stems from a growing and ageing global population and an increase in exposure to cancer risk factors that come with social and economic development. Asia accounts for nearly half of the new cancer cases worldwide - a trend that likely stems from limited access to medical facilities. Further, rapidly-growing economies are likely to witness a shift from poverty- or infection-related illnesses to those associated with lifestyles.

In comparison to developed economies such as the US, India’s cancer burden is still low. This can be explained effectively by the country’s age dynamics. The risk of developing cancer increases with age and India is a young country. Nevertheless, education on cancer prevention, regular screening programmes for both men and women, and affordable medical services are critical to maintaining the socio-economic health of the country.