Against All Odds – Surviving Heart Failure 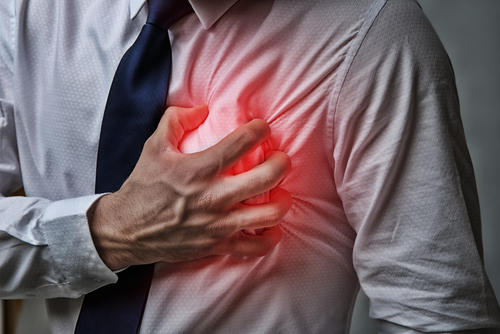 In 2004, Mahraj Singh was all of 27 years when he first started feeling breathless. A regular check up with the doctor revealed something that Mahraj Singh didn’t expect. He was told his heart was weak and suffering from end stage heart disease; his heart function had dropped to 20%. Having never heard of this condition of heart failure, Mahraj says he was left with no choice but to follow the doctor’s instructions. A pacemaker was put in to help his heart function and his doctor, Sanjay Mittal immediately registered him under a Heart Failure Clinic, a specialized clinic that deals with heart failure patients. Today, Mahraj is 41 years old and living a healthy life.

For the past 14 years, living with heart failure has meant medication, managing his lifestyle and educating himself and his family about the condition - all part of the treatment process at the Heart Failure Clinic. The pacemaker and set of medications given initially, ensured Mahraj lived well, but for a few complications of the heart. Seven years after his first pacemaker was fitted, it needed to be replaced with a new one. In between, Mahraj underwent surgery to replace a leaking valve and was given stem cell therapy. Stem cells can develop into many different types of cells in the body and act as the repair system of the body. Mahraj responded well to the treatment.

While this may appear overwhelming, for Mahraj it has meant living a near normal life. “Every time I had a problem, I would speak to the doctors or nurses who were available 24x7 and immediately they would either change or modify my medication and I would feel better again. They put in a pacemaker when needed and I would go back to feeling normal” he says. A person is said to suffer from heart failure when the heart muscles have become so weak that they cannot pump enough blood to meet the body&#39;s needs. “If a person is diagnosed with heart failure, the 5-year rate of survival is less than 50% for that person This means half of the people with heart failure will not survive beyond 5 years,” says Dr Sanjay Mittal, Director, Clinical and Preventive Cardiology at Medanta – The Medicity. He says, the chances of improvement and survival in these dedicated clinics are four times more because a holistic approach is used. Through patient and family education, management of medicines, medical interventions and sustained communication, patients often live much longer than they would, under a cardiologist in a regular clinic.

“Some studies have shown that around 20% registered patients for heart transplant (patients who won’t survive without a heart transplant) were taken off the transplant list because they got better after being handled in a heart failure clinic,” adds Dr Mittal.

“Heart failure is a deadly disease but if managed properly, it can be dealt with. We have treatments and interventions today that can help,” says Dr VK Chopra, Director of the Heart Failure Program at Medanta.

“Today, quick diagnosis of the disease can be done with tests like BNP or NT-proBNP which measures the severity of the heart failure. Other options are ECG, X- ray, and Echocardiogram. Standard and affordable drugs for heart failure like ARB (angiotensin receptor blockers), a new class of drugs called ARNi (angiotensin receptor/neprilysin inhibitor), beta blockers and others are available today. In heart failure, the heart rate goes as high as 90 to 130 beats per minute. Planned doses of beta blockers play an important role in bringing down and normalizing the heart rate to about 60 or 70 beats per minute. Drugs like ARNi can help in decreasing heart failure-related hospitalizations and prolonging life. Sustained monitoring of patients, managing their medication, pre-empting their complications and having healthcare facilities in one place, mean people live longer and healthier lives,” he adds.

In May 2017, 13 years after he was diagnosed and began treatment, Mahraj underwent a heart transplant. Within a few months, he started exercising, running and feeling upbeat again.

Medanta’s Heart Failure Clinic was started in 2009. Today, over 6000 patients suffering from heart failure are registered with this clinic. The centre, which offers comprehensive care in heart failure, is overseen by 2 senior cardiologists in rotation with 1 junior doctor assisting them. 3 nurses support the whole system by constantly interacting with patients in the hospital, on the phones and via email. The team educates the patient, their family members and constantly monitors their health parameters and medication. This constant interaction extends beyond the hospital premises. When a patient is discharged, the team routinely checks back with them on their vital parameters and modifies their treatment plans whenever necessary; all in an effort to ensure they stay healthy.