7 Foods to Avoid After Gastric Bypass 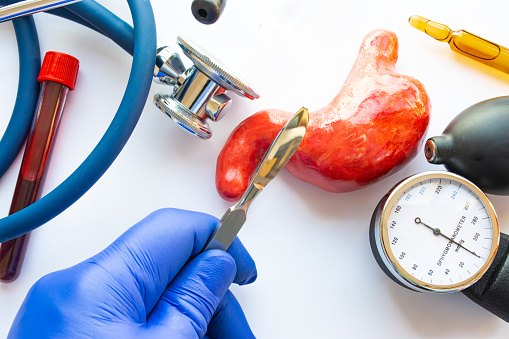 Gastric bypass is a type of surgery that makes changes to a person’s digestive system that enables an overweight or obese person to lose weight. Gastric bypass is a type of bariatric surgery that helps with weight loss by limiting food intake as well as changing how food is processed by the stomach and intestines. The surgery reduces the size of the stomach, making a person feel full even after eating a small portion of food. It also prevents food from being absorbed by certain parts of the stomach and intestine, ensuring that fewer calories and nutrients are absorbed by the body in relation to the food consumed. There are hospitals for GI surgery (gastrointestinal surgery) where specialist doctors perform gastric bypass surgery for patients who are unable to lose weight despite following a diet and exercise regime or for patients with serious health complications due to obesity or being overweight. Gastric bypass surgery has many benefits but also presents risks and side effects that need to be assessed. GI surgery post care is important to ensure the success of this bariatric surgery and involves healthy changes to the diet and regular exercise.

Gastric bypass surgery is performed in two steps that reduce the size of the stomach and restrict nutrient intake. Firstly, the surgeon staples a part of the stomach, dividing it into a small upper portion and a larger bottom portion. The top portion is called the pouch and receives the food that a person eats. Due to its small size, food consumption is reduced, leading to weight loss. The second step is the bypass, wherein a small portion of the intestine is connected to the pouch via a small hole. The food is now routed directly to the small intestine from the pouch, resulting in less calorie absorption.

Gastric bypass surgery is performed under general anaesthesia and can be executed in two different ways: via open surgery or laparoscopically. GI surgery post-care is easier when a laparoscopic procedure is elected as it is less painful. There is a reduced chance of infection or hernia, smaller scars, quicker recovery time and discharge from the hospital.

Hospitals for GI surgery have a dedicated team of specialists that screen patients and ensure they meet the necessary guidelines and qualify for gastric bypass surgery. It is also imperative for a patient to make permanent changes to their diet and lifestyle after surgery. At Medanta, being mindful of what one can eat or foods to avoid after gastric bypass surgery is given due importance and is considered key to ensuring a favourable outcome and long term success of the gastric bypass surgery. Certain beverages or food items may irritate the stomach and affect the healing process and must be avoided. Avoiding certain foods also helps with the correct intake of nutrition and weight loss. Once the stomach has healed, it might be safe to eat certain food items, while others might need to be removed from a patient’s diet permanently.

Based on general recommendations, the seven beverages and foods to be avoided after gastric bypass are:

Drinks that contain a high amount of sugar, fructose, or corn syrup must be avoided post gastric bypass. Intake of sugary drinks like carbonated beverages, sodas and fruit juices leads to dumping syndrome, where the food is dumped into the colon quickly after ingestion. Caffeine causes dehydration, so drinks like tea and coffee must be avoided for at least three months in an ideal post-GI surgery diet. Instead of caffeinated and carbonated beverages, patients can opt for water, decaffeinated coffee, or unsweetened drinks for at least three months while their bodies get used to having a smaller stomach.

Because alcoholic beverages are high in calories, they must be avoided for at least six months after gastric bypass surgery. Since the stomach size is reduced, it is crucial to fill it up with foods that are high in vitamins and minerals post-surgery. Drinking alcoholic beverages will not only take up much needed space in the stomach but may also lead to intoxication as alcohol absorption increases multifold post-surgery.

After gastric bypass, it is recommended to avoid any beverage intake for 30 minutes before and after a meal. Thus, it is advisable to avoid dry foods, at least in the initial phase of post-op care, as the patient can’t drink liquids when they eat. Foods like dry fruits, nuts or granola may cause difficulty in swallowing. After a certain time period has lapsed, it is advisable to eat small pieces of such dry foods to see how the body reacts. Once the stomach has healed, patients are able to once again make such foods a part of their regular diet.

Foods like bread, rice, and pasta are starchy in nature and can form a paste in the throat and be difficult to swallow without water or some liquid. Sometimes, such food items may also block the hole in the pouch and cause discomfort. It is ideal to avoid foods that are high in starch content in the initial stages of recovery. They can be eaten later in small quantities while ensuring that one ingests them in small bites.

Hospitals for GI surgery like Medanta, have a team of diet and nutrition consultants that guide you regarding food types that should be consumed or avoided. Consuming fatty foods after gastric bypass defeats the purpose of the surgery as they interfere with the process of weight loss. Foods like bacon, sausage, hard cheeses, butter can also induce nausea. It is advisable to opt for low-fat options as a replacement in one’s diet, like low fat sandwich meats, lean beef, turkey, low fat cheeses and so on. Avoiding greasy or fatty foods is essential as it may end up making one feel sick and lead to dumping syndrome as well.

For patients who eat meat, it is important to avoid meats like red meat that are tough and dry for initial 4-6 weeks. Lean meats like minced chicken, turkey, or fish are recommended as they are a source of protein yet easier to digest. Meats that have high fat content, like steak, pork chops, ham, and hot dogs, must also be avoided.

After gastric bypass, food that is devoid of nutritional value must be avoided, as the stomach is small in size and needs to be filled with food items that nourish the body. Consuming food items that are overly sweet or fried, like pastries, chips, pretzels, popcorn, or sweets, may lead to weight gain and leave the body undernourished. Such food can also lead to dumping syndrome and cause weakness, nausea, vomiting, or diarrhoea.

The above is a list of foods and beverages that should generally be avoided after gastric bypass surgery. However, food experiences may differ from person to person. Therefore, post-GI surgery post care must definitely include taking the advice of an expert nutritionist or doctor who can guide and monitor the post-surgery diet.