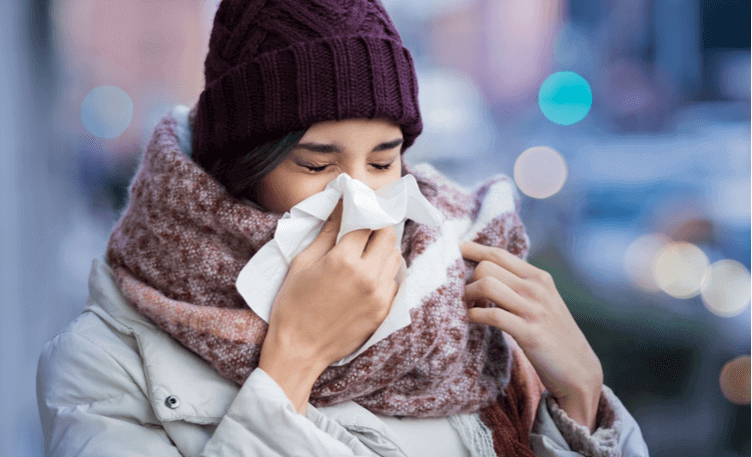 Nasal discharge or mucus or Snot as we commonly know it, is one of the hallmark signs of an oncoming cold. Runny noses are a bothersome part of being sick. Did you, however, know that the Mucus you expel has an interesting story to tell about your body in general?

When it comes out of your nose, it seems icky but mucus is very important for your body. The primary function of nasal Mucus is to line and protect the surfaces of your nose, sinuses, mouth, respiratory and gastric tracts. It serves the function of keeping these tissues moist, acts as a protective layer against any unwelcome bacteria and dust particles, as well as acts as the first line of defence against attacking viruses and bacteria.

You don't realise it but on a good, healthy day, the human body can produce up to 1.5 liters of mucus a day. You start noticing it only when it changes, by either becoming thicker or leaky. This depends on how the mucus is reacting to a particular, perceived 'threat'.

When it changes texture and you see it, you also get to see the color of your mucus. It can manifest in a range of colours and consistencies depending on the state of your health.

Here’s a handy guide to decoding what your mucus has to say about your body.. 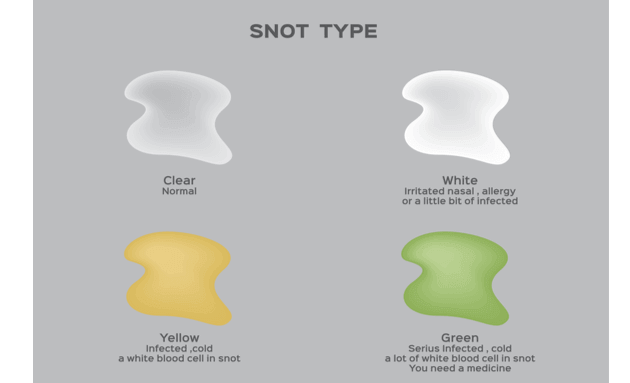 This is a normal byproduct of a healthy and well functioning system. This mucus is produced on a daily basis and is made up of water rich in antibodies, proteins and essential salts.

Your body can also generate clear mucus as a response to inflammation as well as allergies like Rhinitis, pollen or animal fur. Women can also develop a clear mucus during their pregnancy due to hormonal fluctuations (Nonallergic Rhinitis). 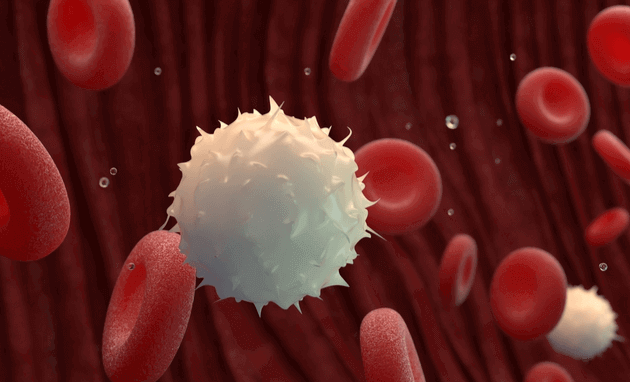 White coloured mucus is a classic sign of an oncoming cold. Your formerly clear mucus can turn white when your body begins to generate a surplus amount of white blood cells to combat the oncoming infection. Your mucus can also start to become thicker than usual due to dehydration. This (white and cloudy) mucus coupled with congestion is another sure sign of a gestating infection.

Yellow mucus is a sign of an advanced infection, Your body will begin to take the fight to the oncoming infection by sending hordes of white blood cells to defend your body. Your mucus can turn yellow once these white blood cells are discarded in your mucus as they continue to repel the infection.

Green signifies the final stage of your body’s fight against infection. Your mucus will turn green and thick due to the accumulation of dead WBC’s (White blood cells) and other waste by-products in your mucus.

Your mucus can turn red or brown at times due to the presence of blood in the mucus. This is usually caused due to nosebleeds and can be prevented by keeping your nasal passages moist. Avoid nosebleeds by gently blowing your nose when you have a viral infection and keeping your passages moist by means of steam inhalation or by using a humidifier.

A fairly uncommon phenomenon, black coloured mucus can develop in smokers as well as be a serious sign of a fungal infection. Black mucus is a sign of compromised immunity and could be due to infections of the sinus like Fulminant Sinusitis, Chronic Indolent Sinusitis, Allergic Fungal Sinusitis and Mycetoma Fungal Sinusitis. People who smoke or use illicit drugs may also have black snot.

While your mucus can serve as a good early warning sign of an oncoming viral or bacterial infection, it might not always be an accurate indicator of the exact nature of your infection.  Make it a point to consult a trusted physician if you continue to have symptoms like fever accompanied with yellow mucus for more than 7 days as it could be a sign of a serious infection.