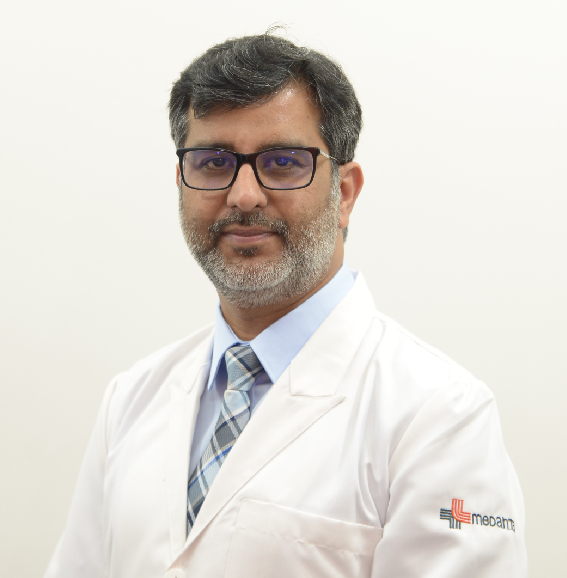 Dr Ahluwalia is one of the very few certified proctors for Intuitive surgicals (Da Vinci Robots) in the country and has been instrumental in setting up robotic surgery program in various centers in India. He has trained many established urologists nationwide for complex UroOncological procedures

Dr Ahluwalia has been recognised as a Program Director and awarded one year clinical fellowship program in Robotic UroOncology recognised by Urological society of India (USI) for training post- MCh Urology fellows, one of the first in country.

He has the distinction of performing first Robotic Radical Prostatectomy and Robotic Radical Cystectomy with intracorporeal urinary diversion at any corporate hospital in state of Uttar Pradesh and help set up Department of Robotic UroOncology at Max Vaishali. Dr Ahluwalia is one of the very few certified proctors for Intuitive surgical USA (Da Vinci Robots) in the country and has been instrumental in setting up robotic surgery program in various centers in India. He has trained many eminent urologists nationwide for complex Robotic Uro-Oncological procedures. Dr Ahluwalia is also a Program Director for prestigious one year clinical fellowship in Robotic UroOncology recognized by Urological society of India (USI). His clinical practice is driven by his perseverance for providing high level of care to patients with urological cancers. His passion about research stems from from his belief in the importance of applying evidence-based practice in urologic oncology and robotic surgery. He is extensively involved in research and has published several articles in national & international journals. He has presented his research and won several awards at various national and international platforms. He is a reviewer for many peers reviewed international journals. He is also the convenor of Delhi Uro-Oncology Forum.

Meet this Doctor Find another Doctor

We love to hear about our doctors, facilities
and your treatment at Medanta.

The User agrees and acknowledges that the User has read, understood and accepts the terms and conditions contained in the brochure provided with the Device (“Device”) with respect to its usage, operations, return / replacement and warranty policy.

The User hereby agrees and acknowledges that the Device (hardware and software) used in the provision of services by Medanta is being provided on “as is” and “as available” basis through Alivecor India Private Limited. Neither does Medanta endorse or promote the Device in any manner nor will Medanta be liable for any claims, representations or warranties, whether express or implied as to the safety, reliability, durability and performance of the device.
The services once availed cannot be cancelled except in cases where the User requests to cancel the service on the day of purchase in which case, full amount of service fees shall be refunded to the User provided that the Device has not been unboxed.
Before the expiry of service duration, the User can extend the services by availing various program options. For the said purposes, the User can call our helpline number +91 124 4141414 or visit www.medanta.org. The extended program availed by the User shall be activated automatically on expiry of existing program of services.

Upon expiry of the services (either in terms of number of ECG or duration of the program) availed by the User, the Device has to be returned within ten (10) days failing which the Deposit Amount shall be forfeited.
Please note that the ECG pack or Refundable Device deposit are non-transferable from one patient to another.

Thank You for your Feedback.