UTIs In Men and What You Need To Be Aware Of 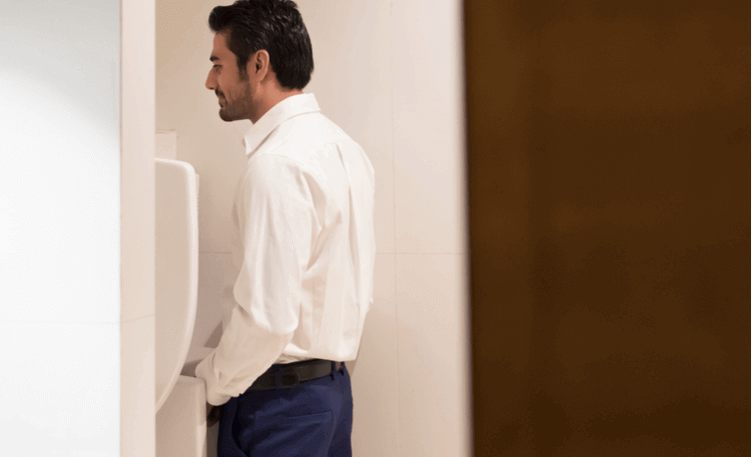 Men are surprised to discover this because UTIs are usually associated with women. But yes, men get UTI's and they get them more severe than women, especially as they get older. Unlike women, when a UTI develops in men, it is usually complicated and needs immediate medical intervention, which often can be surgery. This is so because it is more likely to spread to the kidneys and the upper urinary tract.

What Are The Causes Of UTI? 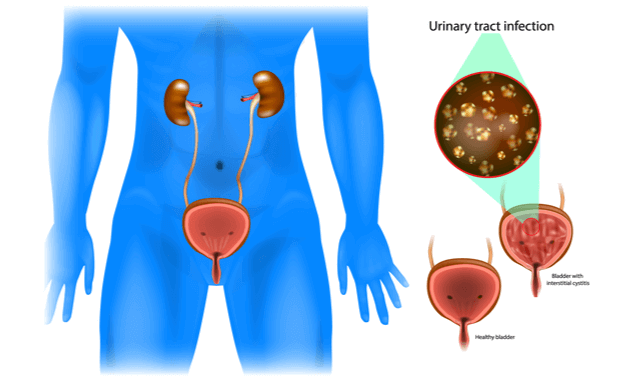 In both men and women, most UTIs are caused due to a buildup of bacteria along the urinary tract. The most common bacteria to strike is Escherichia coli or E.coli, found in the Gastrointestinal tract (GI). This type of UTI is called Cystitis and it is the one that affects most men. Yet, they are more common in women than in men because women have shorter urethra, allowing the bacteria to travel a shorter distance in order to reach the bladder. In women, you also see occurence of Urethritis, when GI bacteria spreads from anus to urethra.

Other risk factors for UTIs include:

What Are The Common Symptoms Of A UTI? 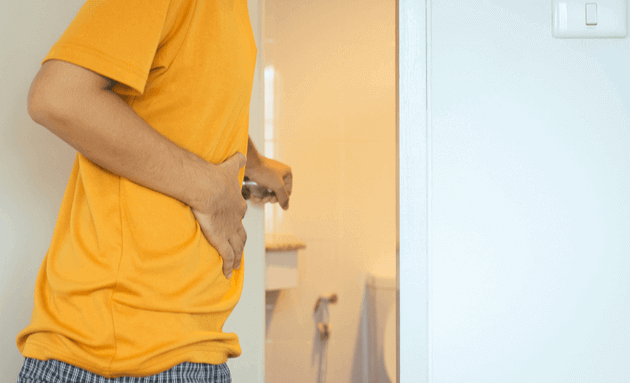 Urinary tract infections don't always cause symptoms in men until they are severe. Keeping a lookout for any warning signs can help diagnose the infection earlier. Here are some signs to watch out for:

There are some symptoms which are typically not associated with UTIs like fever, chills, nausea and back pain but in conjunction with any of the above, it might be complicated UTI. These symptoms indicate that the infection has spread to kidneys or the upper urinary tract and is serious. This will require immediate medical consultation

How Is The UTI Treated?

The goal of the treatment is to prevent the infection from spreading to the kidneys and the upper urinary tract. Treatment plans will first need to identify the cause of the infection. Once determined your doctor will include antibiotic medications to kill the bacteria and drugs to reduce symptoms, such as pain and burning during urination.

UTIs are diagnosed by carrying out a physical examination, reviewing medical history, and thorough laboratory tests. During the physical examination, your doctor will check the abdomen, bladder area, sides, and back for any pain or swelling. An examination of the genitals will also be conducted to gauge the severity of the infection. When doctors check for past or family history with UTIs, it is important to share if there is any history of kidney stones, diabetes, polycystic kidneys, or tuberculosis.

The laboratory tests will require a urine sample to test for presence of pus and the bacteria causing the infection. In some cases, a CT Scan or Ultrasound is also required. Depending on the severity, the doctor will assign medications that will include antibiotics. In some cases, fever medication is also prescribed. If there is a blockage, they will decide how to treat it, via medicine or surgery.

In addition to the doctor’s treatment, the following home remedies may also help in treating the infection: