Thoracic endovascular aortic repair (TEVAR) is a minimally invasive procedure used to repair a thoracic aortic aneurysm or dissection. Indications for repair have typically been an aortic diameter size greater than 6 to 6.5 cm as the threshold where risk of repair is outweighed by the risk of rupture. Patients with aneurysms larger than 6 cm have a 14.1% annual risk of rupture, dissection, or death, compared with 6.5% for patients with aneurysms between 5 and 6 cm. Symptomatic aneurysms and aneurysms associated with a rapid growth rate of greater than 1 cm per year are considered to be at an increased risk for rupture and should be repaired.

A 45-year-old male, known smoker and hypertensive, on treatment for hypertension since eight years presented with history of chest pain. He had been evaluated at another centre where a CT Aortogram was done which revealed a dissecting aneurysm of the thoracic aorta. He was referred to Medanta Lucknow. 2D Echo was done here which showed normal systolic left ventricular function with mild concentric left ventricular hypertrophy and grade 1 diastolic dysfunction. High normal aortic root size was noted. CT Aortogram was repeated which revealed dissecting aortic aneurysm involving descending thoracic aorta with thrombosed false lumen (10*7 cm) and focal dissection flap at D5-D6 level (18*9 mm) - residual flow channel in false lumen and Stanford Type B dissection. As the patient was symptomatic, repair was planned, and he was given both surgical and minimally invasive TEVAR option for management. He chose to undergo TEVAR under general anesthesia. After induction of anesthesia, radial arterial line was secured on the right side with 20 gauge cannula for monitoring, left hand radial was secured with 6F radial sheath. 14F right femoral sheath was placed and TEVARwas done under fluoroscopic guidance with a 38x38x150 cm endovascular graft. The patient was weaned off the ventilator and extubated the same day. He was mobilised and shifted to the ward on the first post-operative day. He was discharged on the third day post-procedure. No blood or blood product transfusion was needed.

TEVAR is an alternative to open surgery. It is a less painful procedure associated with shorter hospital stay and quicker recovery time.

Contraindications to TEVAR include inadequate proximal or distal seal zones, tortuosity, lack of vascular access options, or extremes of aortic diameter. It is also usually avoided in infected zones. 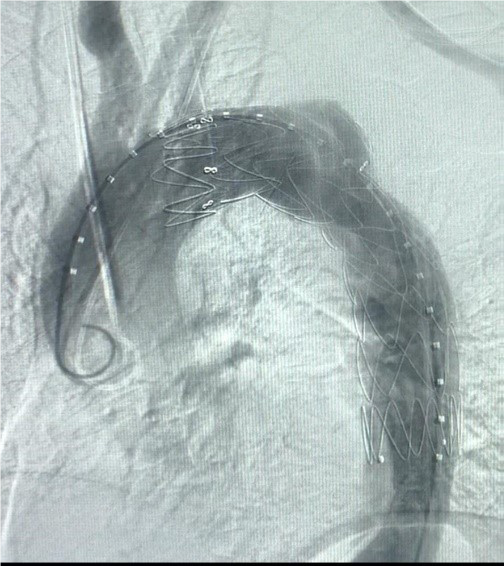 Due to the increase in usage of TNF blockers, several immune-mediated neurological complications such as transverse myelitis, optic neuritis, polycranial neuritis, multiple sclerosis, chronic inflammatory axonal polyradiculoneuropathy, and small-fiber polyneuropathy are being recognized[1]. However, the origin of these adverse reactions is debatable. TNF blockers may also increase the risk of viral, bacterial and fungal infections including rare infections like Progressive Multifocal Leucoencepathlopathy (PML). 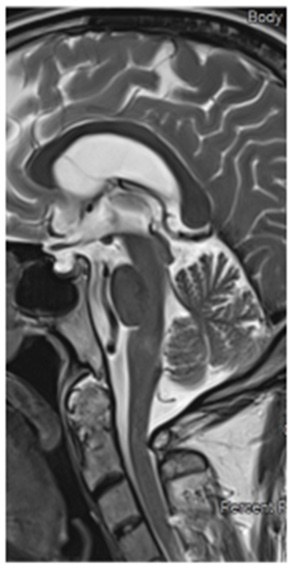 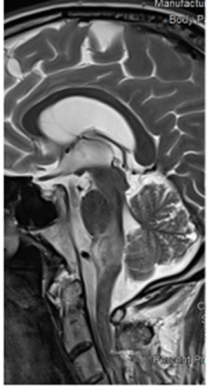 Patient responded well to the treatment and was discharged after five doses of IV Methylprednisolone. His follow up brain MRI after six weeks showed remarkable improvement confirming the diagnosis of brain stem demyelination.

Polysomnography, also called sleep study, is a full-scale test done to diagnose sleep disorders. It examines sleep stages and cycles to catalog if or when sleep patterns are disrupted and why. In addition to diagnosing sleep disorders, polysomnography can also help begin or alter a patient’s treatment plan if they have previously been diagnosed with a sleep disorder.

Polysomnography is regularly done in Medanta’s sleep lab which has specialized equipment to record the patient’s breathing pattern, heartbeat, brainwaves, oxygen saturation levels, and movement of the eyes and limbs during sleep.

Polysomnography is performed in the following manner:

Further treatment steps are taken based on the reports generated in the sleep lab. On an average, 45-50 sleep studies are conducted in Medanta every month.

Sleep medicine specialists and neurologists at Medanta recommend a sleep study whenever a patient shows signs of a sleep disorder such as:

Polysomnography is performed to diagnose and evaluatevarious kinds of sleep disorders such as:

Sleep apnea occurs when a person’s breathing is interrupted during sleep.

Insomnia is a sleep disorder in which people have difficulty falling asleep or staying asleep. They may experience early morning awakening or unrefreshing sleep.

Circadian rhythm disorders stem from disruptions in the circadian rhythm, which is referred to as the “internal body clock” that controls the 24-hour cycle of biological processes in animals and plants.

Narcolepsy is a neurological disorder that happens due to reduced amounts of a neuropeptide called hypocretin in the part of the brain that regulates the sleep-wake cycle.

Uninterrupted long durations of sleep are essential in infancy and early childhood, as the developing brain needs more time asleep than awake. Children with sleep disorders may experience a lack of adequate sleep time or poor sleep quality or both.

Sleep Disorders in the Elderly