The Opsoclonus-Myoclonus Syndrome is a distinct disorder of acute/subacute onset characterized by opsoclonus, myoclonus, ataxia, marked irritability, and/or sleep disturbance in children. It is a rare disorder reported in the age group 1-3 years, median age being 1.5 years.

The first detailed description of this entity was provided by Marcel Kinsbourne in 1962 and the disorder was termed Kinsbourne encephalitis.

It is important to recognize and diagnose this disorder as it is a prototype of pediatric paraneoplastic syndrome and has a striking association with neuroblastoma. However, almost half the cases in children occur in association with infections, mainly viral.

How does the disease present itself?

The disease presents itself with sudden onset of symptoms in a previously thriving toddler. These include:

How does one arrive at diagnosis?

Constellation of any three of the four clinical features: opsoclonus, myoclonus, ataxia, and irritability/behavioral change is considered to confirm the diagnosis of Opsoclonus-Myoclonus.

According to data from the United Kingdom, the estimated incidence of this syndrome was 0.18 new cases per million total population per year. The prolonged duration of symptoms prior to referral and initial misdiagnoses highlights the fact that most pediatricians in India are not aware of the syndrome.

Pediatricians making the diagnosis of acute Cerebellar ataxia in a toddler should be aware of the possibility of Opsoclonus-Myoclonus Syndrome. The existence of opsoclonus excludes the diagnosis of acute cerebellar ataxia. The presence of excessive irritability or sleep disturbances in coexistence of acute-onset ataxia, even in the absence of opsoclonus, should raise the suspicion of Opsoclonus-Myoclonus Syndrome. 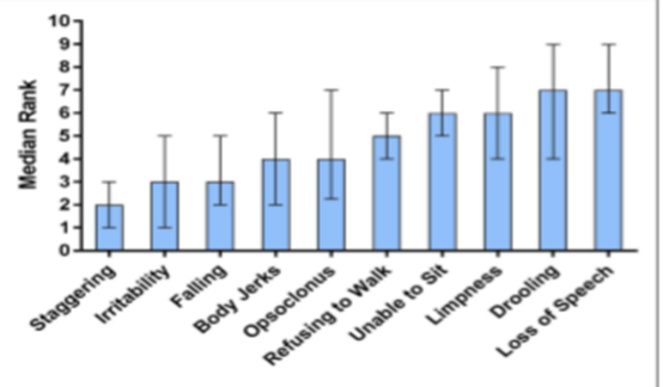 Why is the condition difficult to diagnose?

The symptoms mostly don’t show up together and they happen over a variable period of time. Hence the disease is difficult to diagnose; the possibility, however, of such a diagnosis should be kept in mind and the child should be referred to a pediatric neurologist and followed up closely.

What is the treatment protocol?

A multi-modal treatment approach is recommended. Earlier, only oral steroids were recommended. However, a combination of immunomodulators is the mainstay of the treatment these days. If untreated,  the condition  results in a bad outcome. Early detection, thus, is key to an optimal outcome in both types of cases as neuroblastoma can be detected early and immunomodulation therapy can prevent the disease from progressing further. ‘Hit hard and early’ is the best strategy. Symptomatically, we treat the disease with extensive physiotherapy and neuropsychological training to improve learning disability.

One-and-a-half year old female presented with fever, crying, shaking of body for the last one-and-a-half months associated with poor appetite. She was born of a normal delivery and had normal development till the onset of this illness, after which she developed regression of motor milestones. Because of her shaking body, she had been diagnosed as Infantile Tremor Syndrome and started on Vitamin B12. However she did not show any significant improvement. When she was seen by the pediatric neurologist at Medanta, she was suspected as having Opsoclonus-Myoclonus Syndrome and was investigated accordingly. Neuroblastoma was excluded and she was given immunomodulatory treatment. She responded to this and can now walk independently and steadily.

Sleep is a rapidly reversible state of reduced responsiveness, motor activity and metabolism; the theories which explain the necessity of sleep imply that sleep is needed for restoration, energy conservation and memory consolidation.

Obstructive Sleep Apnea (OSA) is a disorder that is characterized by obstructive apneas, hypopneas, and /or respiratory effort-related arousals caused by repetitive collapse of the upper airway during sleep.

OSA is a highly prevalent yet underdiagnosed and underrecognized sleep related breathing disorder. OSA is most common among older males, but it can also affect women and children. The incidence rises post-menopausly such that rates are similar in postmenopausal women and men. The prevalence estimates of moderate to severe sleep-disordered breathing are 10% among 30-49 year old men; 17% among 50-70 year old men; 3% among 30-49 year old women; and 9% among 50-70 year old women in a Wisconsin Sleep Cohort Study done in the US from 2007 to 2010. While a population-based study in Delhi from 2005 to 2007, Reddy EV et al estimated population prevalence of OSA and OSAS as 9.3% and 2.8% respectively.

Nocturnal, laboratory-based polysomnography (PSG) is the most common prescription for the diagnosis of OSAS. In process of PSG, simultaneous recordings of multiple physiologic parameters related to sleep and wakefulness are obtained.

The investigation procedure can directly monitor and quantify the number of respiratory events, including obstructive, central, or complex, and the resultant hypoxemia and arousals related to the respiratory events.

There are different levels of sleep studies.

Level I: It is done at sleep laboratory in the presence of a sleep technician. Parameters recorded are electroencephalogram (EEG) to monitor sleep states, electrooculogram  (EOG) for recording eye movements, electromyogram (EMG) for muscle tone ; respiratory airflow by nasal probe and differential pressure transducer; respiratory effort (e.g. by bands placed around the chest and abdomen); arterial oxygen saturation; and EMG of the anterior tibialis muscles to monitor for the presence of periodic leg movements during sleep. It is the gold standard for diagnosis of OSAS. At Medanta, our sleep experts regularly conduct level I studies in our state-of-the-art polysomniography lab with the help of advanced softwares.

Level II:  It is a complete, non-attended home study and measures the same parameters as a level I study

Level IV: Very limited home study that may measure only one or two parameters, such as pulse rate and oximetry.

In continuation of its commitment to bringing world-class healthcare to all, Medanta Institute of Education and Research, signed an MOU with Sri Sri Institute for Advanced Research to promote collaborative research in areas of Depression, Insomnia and Alzheimer’s. The research will optimize the fusion of modern medicine and the ancient philosophy of wellbeing.

Dr Naresh Trehan, Chairman & Managing Director, Medanta said, “Medanta’s collaboration with the Sri Sri Institute for Advanced Research will drive synergies to ensure holistic approach to treatment for sustained wellbeing. This will help individuals develop a healthy mind and body which can help them cope with the pressures of modern day life more effectively.” 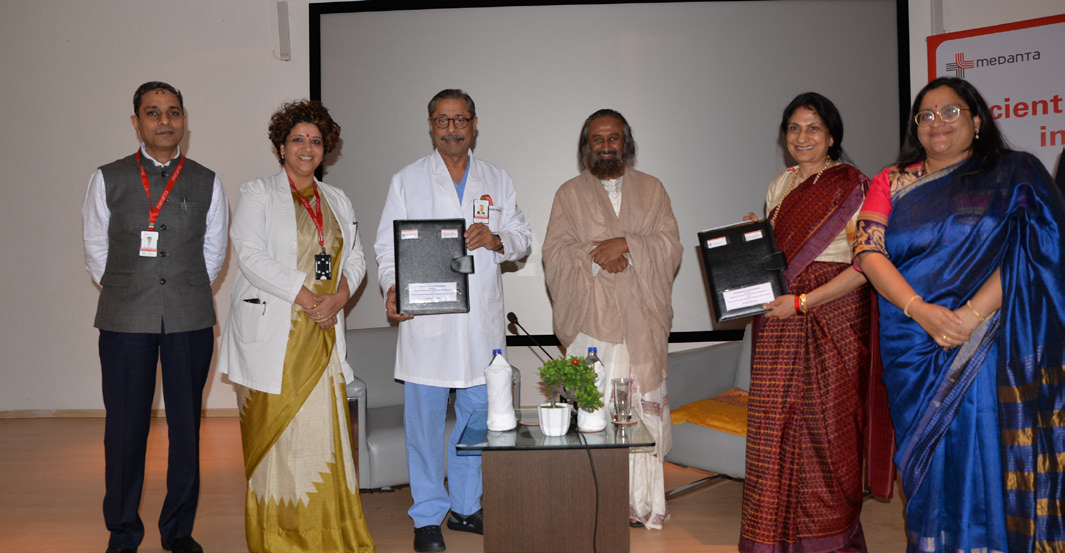 5 Resolutions for a Healthier You

To Do: Serve your meals in smaller bowls to keep control of quantity. This will make your meals appear smaller and help control your cravings.

Exercise for at least 30 mins a day

Get 8 hours of quality sleep

To Do: Reduce your screen time. Commit yourself to a sleep schedule and stick to it.

New year is a new chance to make changes for the better. So kickstart 2020 on a healthy note with measurable and achievable goals.