In 1985, October officially became breast cancer awareness month to support and promote widespread use of mammography for breast cancer screening. Now, more than thirty years later, with advances in technology and pharmaceuticals, we have seen dramatic improvements in breast cancer detection and survival. Breast reconstruction after breast cancer treatment, in turn, has evolved in concert with increasing breast conservation, and advances in microsurgical techniques have allowed plastic surgeons the ability to offer a myriad of different reconstructive options for optimal results.

Important for the patient is to:

For women who want to have their reconstruction procedure completed early-on, single-stage breast reconstruction is performed simultaneously with breast cancer resection. In this method, a breast surgeon performs the mastectomy, and a plastic and reconstructive surgeon immediately places implants or flaps to create a new breast mound. Factors that affect planning for single-stage reconstruction include the breast size and cancer specifics.

With implants This is specifically recommended for women looking at early return to work with minimal side effects and scars.

Here the plastic surgeon creates a breast mound with a cohesive gel filled implant and covers it with either a flap of tissues from the back or a synthetic material called acellular dermis, thus achieving symmetry with the other breast. In case a nipple sparing breast surgery is done, no further reconstruction may be needed.

With flap-based procedure In this procedure, body's own tissues are taken with their blood supply from abdomen or, buttocks and thighs, and used to create a symmetrical breast mound. This results in a more natural looking breast.

In delayed procedure, the reconstruction is done at a later stage than breast cancer surgery using an implant or patient’s own tissues.

Patients wanting a delayed, implant-based breast reconstruction can choose to have an expander inserted at the time of primary surgery (immediate delayed) or at a later stage (delayed). The expander is then inflated with saline to create adequate space for the implant or body's own tissues. Delayed reconstruction is usually done after the completion of chemo and radiation therapy, preferably 12-15 months post-therapy.

Ideally, breast should be reconstructed at the time of mastectomy as a single-stage procedure. This allows for precise matching of tissues, replacing tissue weight for weight.

Additional procedures may be done to achieve the most natural-looking results possible. These procedures are typically performed several months after the main reconstructive surgery and can be done with local tissues or tattooing and include nipple areolar reconstruction, scar revision and fat grafting, and symmetralization surgery of the non-cancer breast.

Breast can also be reconstructed using only fat, but requires multiple sittings at intervals of 3 to 6 months.

The team of surgeons at the Department of Plastic, Aesthetic & Reconstructive Surgery at Medanta have immense expertise in conducting all breast reconstruction procedures benchmarked to international standards. Surgeons at Medanta work closely with the patient and treating oncologist to ensure that the patient gets the best and safest, holistic care.

A 38-year-old patient visited Medanta after 12 years of breast cancer surgery seeking a reconstruction solution. The patient was depressed and felt inadequate due to her missing breast.

She was on hormone therapy and had received chemoradiotherapy at the time of her initial treatment 12 years ago.

A plastic and reconstructive surgeon discussed the various delayed reconstruction options possible in her case. The patient opted for breast reconstruction using her own body tissues from the abdomen. This would help her in not just the reconstruction process but also removal of fat and lax tissue from the lower abdomen, resulting in a tucked tummy.

A two-stage reconstruction was done. In the first stage, a breast mound was created. Six months later, a new nipple and areola were created.

The patient also underwent reduction surgery of the other, normal breast to match the reconstructed breast. 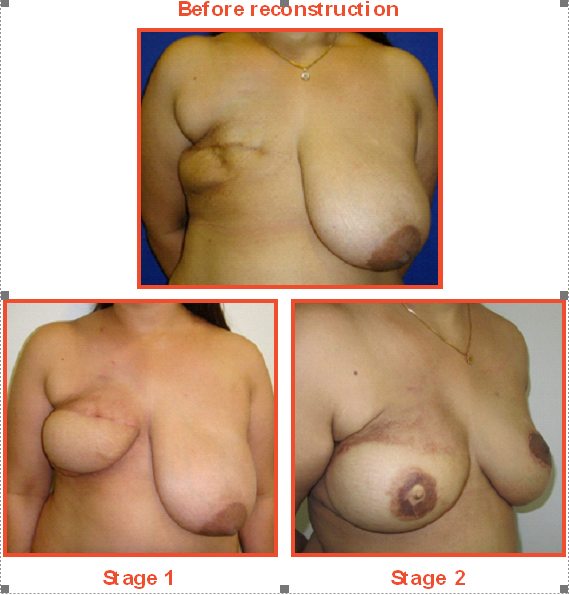 CD utilization remains low for primary prevention (PP) patients in many regions of the world, despite the demonstrated risk of sudden cardiac death (SCD). Recently, a 1.5 prevention criterion was proposed, which supplements PP indications with the additional SCD risk factors of syncope, left ventricular ejection fraction<25%, non-sustained ventricular tachycardia or frequent premature ventricular contractions.  Retrospective analyses have shown similar VT/VF event rates between 1.5 and secondary prevention (SP) patients. Establishing 1.5 prevention criteria has the potential to aid physicians in screening, referring, and implanting patients at a higher risk for SCD. The primary objective of the IMPROVE SCA study was to evaluate the VT/VF therapy rates for 1.5 prevention patients compared to SP patients. The secondary objective was to compare mortality rates between those 1.5 prevention patients implanted with an ICD/CRT-D and those electing not to receive a device.

Improve SCA was a prospective, non-randomized, non-blinded multi-center study in which patients were enrolled from geographies where ICD utilization was low among PP-indicated patients including: Asia, Latin America, Eastern Europe, the Middle East, and Africa.  Patients were evaluated for the determination of PP, SP, and 1.5 prevention criteria and were followed to evaluate VT/VF therapy rates and mortality in those with and without ICDs implanted. All sustained VT/VF were adjudicated by an independent physician review committee.  Estimates of mortality between the cohorts were tested with a Cox proportional hazards model and adjusted for known factors affecting the risk of death.

1.5 prevention criteria have the potential to identify patients at a higher risk of SCD which will aid physicians and patients in ICD implantation decisions. 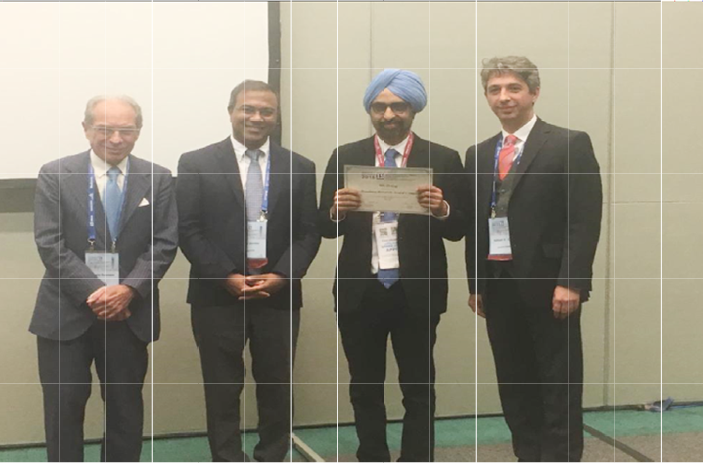 In the latest quality assurance audit for the multi-institutional phase 3 study on SBRT vs TACE for primary hepatocellular cancers, the Radiation Oncology division at Medanta - The Medicity passed the postal dosimetry audit for both Cyberknife and Tomotherapy in first attempt.

One of the 15 centers participating in the global trial, Medanta’s Radiation Oncology Division is the only setup having both modalities to pass the audit. The audit was conducted by the International Atomic Energy Agency, Vienna, Austria. The audit is a testimony to Medanta’s commitment of delivering highest quality, globally benchmarked cancer care.