Recurrent Brain Tumour Does Not Mean The End Of Line 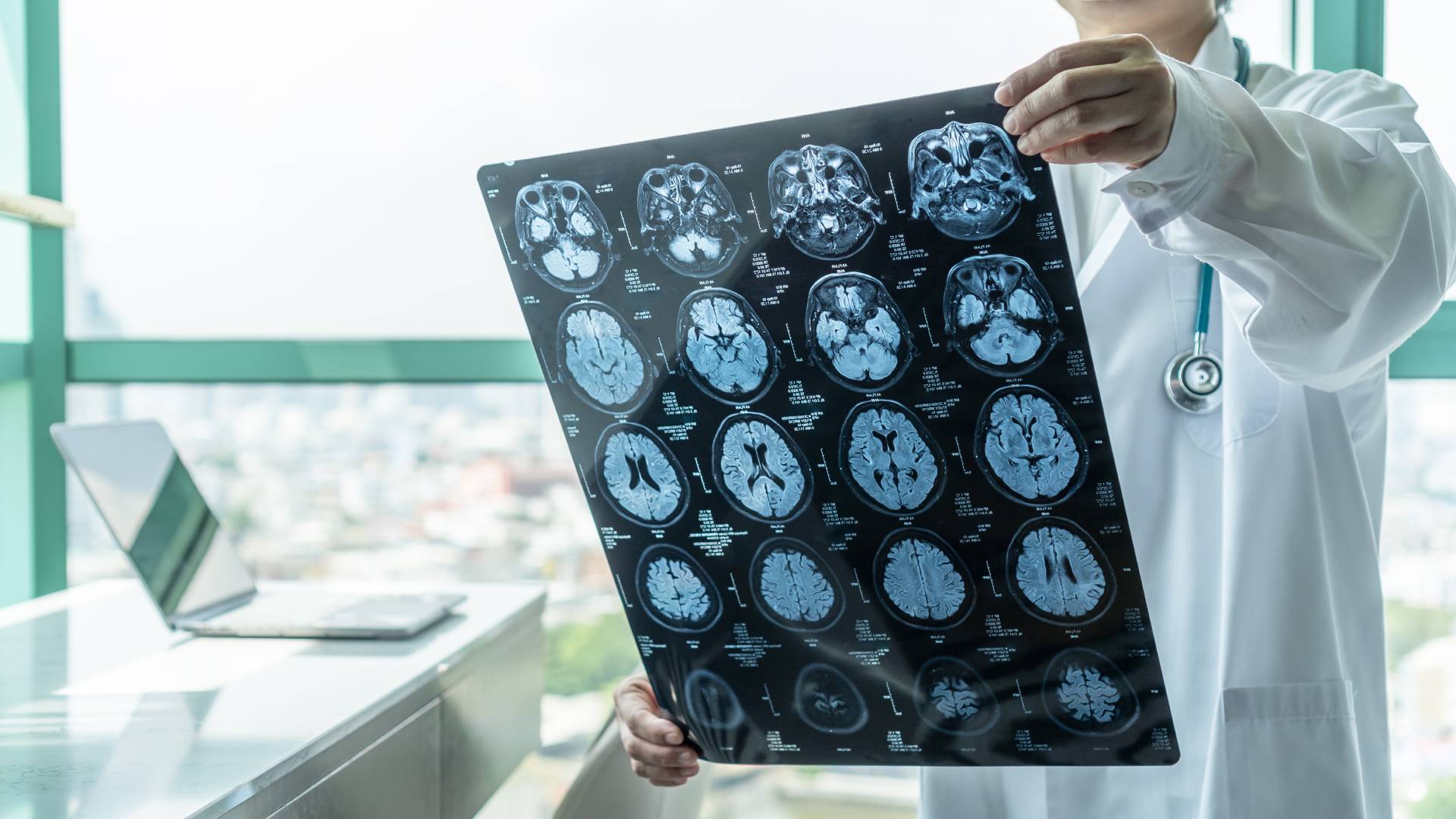 Imagine going through two brain surgeries, one spine surgery and 26 cycles of radiation therapy within 36 months. Now, imagine going through this in the year of the advent of COVID-19, and within days of having lost your father. That’s what Suvit Duggal*, who was diagnosed with meningioma, including that of the brain and spinal cord, went through and emerged.

Meningioma are the most common primary brain tumour, accounting for more than 30% of all brain tumours. They originate in the meninges, the outer three layers of tissue that cover and protect the brain just under the skull [1]. Mostly meningioma are not cancerous, and rarely come back after successful surgery. However, some can be persistent like in the case of Suvit, who continues with “the same quality of life at work and home as he did earlier” despite multiple surgeries.

“In September 2020, I started feeling constantly giddy. It would happen while walking, while sitting, and especially when lying down to sleep; the ceiling would start spinning,” said the now 50-year-old who felt “like a piece of my brain was moving inside the skull” every time he bent at certain angles.

Suvit initially thought this condition was an outcome of cervical spondylosis and approached his local orthopaedic doctor, who made him sit and stand in a few different positions. He prescribed an MRI, which revealed a tumour in the brain.

The first thing patients think of after hearing about any tumour, let alone brain tumour, is cancer. But, the overall chance that a person will develop a malignant, or cancerous, tumour of the brain or spinal cord in their lifetime is less than 1% [2].

“While I was struggling with the possibility of brain cancer, my father was battling post-Covid complications in a hospital,” said Suvit who had also contracted the viral disease. “I thought I will tell him about my tumour after he recovers.” That day never came.

The grief of losing his father ignited in him a fire to be there for his own children, and thus started Suvit’s search for answers about his brain tumour, and a treatment.

“It is very scary to try and understand the treatment for a brain tumour because the answer is surgery. I wanted to realistically know how worried I should be, rule out cancer and understand recurrence,” said Suvit who came to the Medanta Institute of Neurosciences for a second opinion.

By the time he reached Dr Karanjit Singh Narang’s OPD, his complaint of giddiness while walking had been compounded by double vision when looking to the right for two weeks and worsening headaches for a week.

The doctors did another brain MRI to check his latest condition. The test revealed a lesion at the base of the skull – a petroclival meningioma. This was good news and bad.

A petroclival meningioma is a non-cancerous brain tumour. But, it is a very difficult and dangerous area to operate because of its location. It is close to all the critical areas of the brain that govern basic functions, including the senses of smell, taste, sight, facial movements, sensitivity and hearing [3].

Unlike what is believed, complete removal of a brain tumour is possible depending on the location of the mass, making it curable and non-recurring. But, when a patient has a skull base meningioma, going as deep as Suvit’s, surgeons must carefully analyse how much of it to remove because of the potential to damage surrounding nerves, and the main blood vessels. A final call is made keeping in mind the patient’s functional outcome without causing any permanent damage to their brain. In rare cases, a subset of meningioma, like our patient’s, can also grow back fast making their control an exhausting challenge.

For Suvit, who has a Grade 1 meningioma, Dr Narang chose the retromastoid suboccipital approach (from behind the ear) and microsurgical excision. The craniotomy was done with facial nerve monitoring technique. A very small amount of Suvit’s tumour was left behind despite its location. His post-operative CT scan was good; he developed some minor deficits like a squint in his right eye and difficulty hearing from the right ear.

Suvit bounced back after a few weeks, and returned to work until a delay in getting the follow-up MRI because of the second wave of COVID-19 left him experiencing his initial set of symptoms all over again. All this, within 11 months. When he presented at the Medanta Institute of Neurosciences, his brain tumour had regrown to almost its original size. This was rare as meningioma-related brain tumours are slow growing.

The neurosurgery team, led by Dr Narang, went in a second time exactly a year to the day of the first craniotomy. They decompressed the recurrent tumour and covered a bony defect (a side effect of meningioma) with a mesh.

To further reduce the size of the brain tumour non-surgically, Suvit was put on 26 cycles of radiation using world-class technology at the Medanta Cancer Institute, Radiation Oncology, under Dr Tejinder Kataria’s care.

But Suvit’s trials were far from over. Within weeks of return to normalcy, he started experiencing debilitating pain in his chest and left arm raising a cardiac scare and ending in detection of two lesions on his spine. This meant another surgery, and one that could leave him paralysed!

“By now I was mentally, emotionally and physically exhausted. But my treating surgeon gave me hope. He explained that my tumours could be removed safely,” said Suvit who is up and running his businesses promising never to be late for an MRI again.

The patient continues to respond well to his treatment. To give him the best possible outcome, he has been advised frequent MRIs.

Finding a brain tumour is usually incidental. It can go undetected for a patient’s entire lifespan if it does not cause any symptoms, or if it is small enough it can be left to be observed with frequent MRIs. In some cases they can be recurrent, pose challenges, and demand surgery.

“But, advancements in diagnostic, surgical and radiation therapy mean that today patients can have a better quality of life even after brain tumour treatment,” said Dr Karanjit Singh Narang urging people to heed symptoms, which include sudden onset of headaches with episodes becoming very frequent and severe quite fast; loss of limb sensation; difficulty with maintaining balance; sudden loss of vision (partial or full), speech or hearing loss, mental confusion, personality changes, and seizures.