Meningioma – Here’s What You Should Know 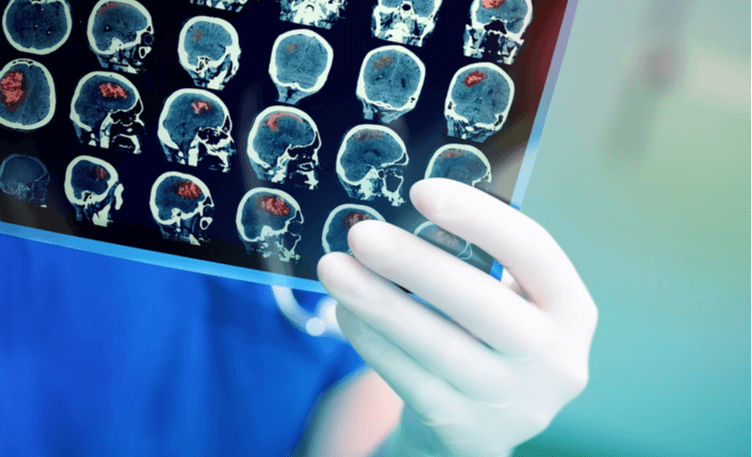 Meningioma is one of the most common types of brain tumour. It forms in the membrane layers (meninges) of the brain or the spinal cord.

It can be tricky to diagnose Meningioma at an early stage. Educating yourself about the ailment can thus become all the more essential.

Technically, meningioma is not a brain tumour as it grows from the meninges and not from brain cells. However, it has been categorised under brain tumours because it grows in the skull region.

Meningiomas grow very slowly, giving the tumour enough time to adapt within the brain. Their presence cannot be detected until they have grown a sizeable amount, which usually happens after the person has aged.

This tumour commonly occurs in women, with symptoms manifesting after 60 years of age even though the tumour may have grown well before ages 35-40.

Meningiomas differ depending upon size and location. Hence, the symptoms can range from severe headaches to loss of balance and memory. Most often, a diagnosis will be made when patients walk in with a complaint about symptoms that won’t seem suspicious of a meningioma. A meningioma is usually benign in nature and it does not spread, unlike other cancerous tumours.

Patients with Meningioma, are likely to experience the following signs and symptoms:

When should you consult a doctor?

Initial symptoms of a meningioma may not seem distinct enough and can often be very similar to those one experiences during other neurological conditions. However, consulting a neurologist becomes a priority when you experience seizures or abrupt changes in eyesight.Sudden onset or the gradual worsening of headaches are also symptoms that warrant a visit to a neurologist.

What leads to a Meningioma?

The causes of a meningioma are not fully discovered or proven, but certain triggers do have a role to play here like,

How is Meningioma treated?

Some meningiomas that are not growing at a rapid rate and are neither causing any debilitating signs or symptoms are not treated. The patient is, however, called for constant evaluation and brain scans to check on the progress of the tumour.

Surgery is opted for when your brain tumour grows at a rapid and starts to cause great discomfort. For instance, when you experience disturbed vision because the tumour is pressing the nerves connected to the eyes.

There are risks involved in surgery depending upon where the brain tumour is situated. In some cases, it may not be possible to remove the entire tumour as it may be located in delicate areas in the brain. In such cases, most of the tumour will be surgically removed while the rest of the tumour will either be monitored through scans or eliminated through radiation therapy. Chemotherapy is used if you do not respond to radiation or surgery.

Treating meningioma can have side-effects that are similar to its symptoms. Once treated and depending upon which part of the brain is treated, you may experience distorted concentration, loss in memory, seizures, and changes in behaviour.

Your doctor may be able to treat a few of your complications after treatment. However, alternative therapies such as acupuncture, hypnosis, massage, meditation, music therapy, and relaxation exercises can also benefit you.

Meningioma can certainly take a toll on your sense of wellbeing. Educating yourself about meningioma can help prevent any accompanied anxieties. Also, taking care of your health through improved lifestyle habits, diet and exercise, and adequate sleep can better your recovery.