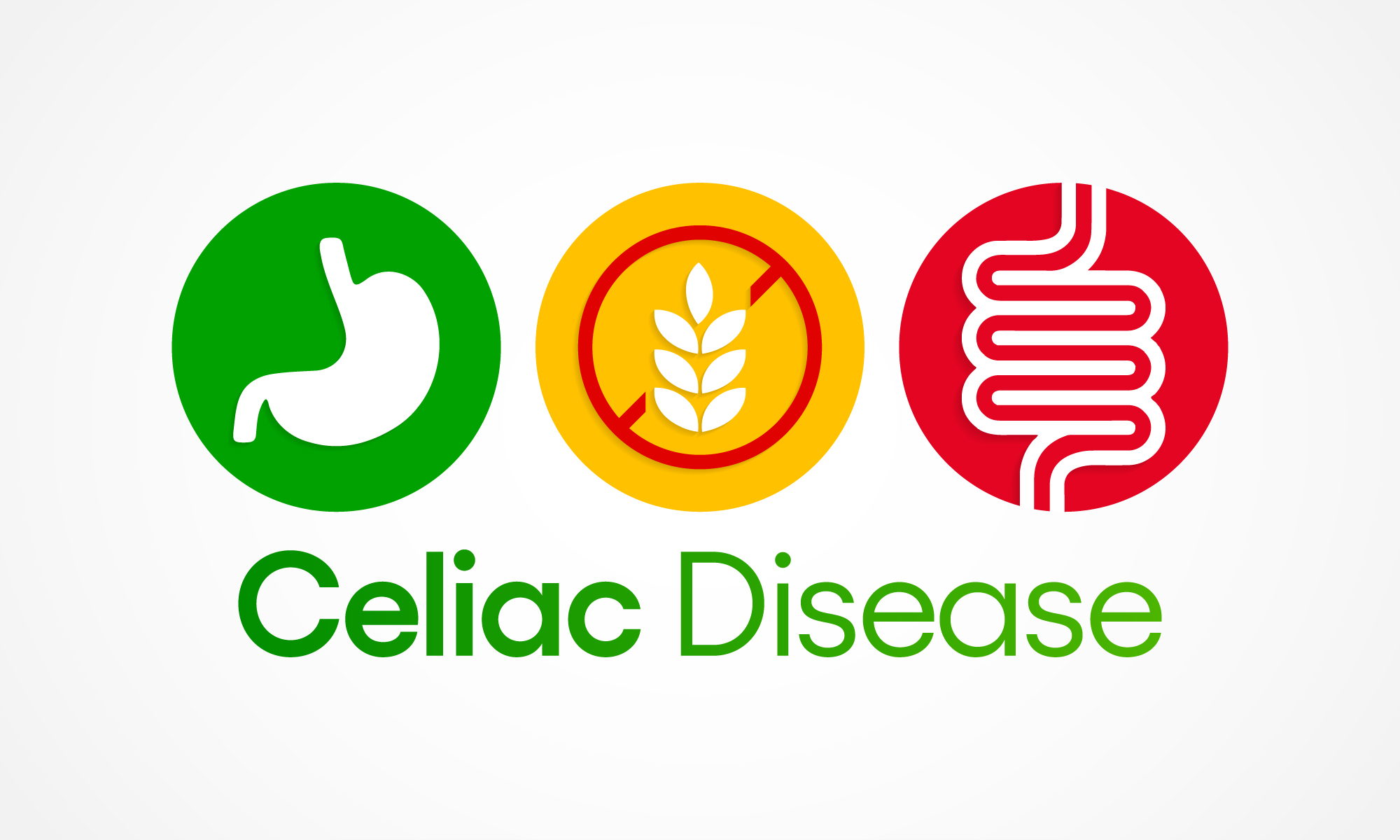 Celiac disease is otherwise known as celiac sprue or gluten-sensitive enteropathy. This is the body’s immune reaction to gluten, a kind of protein that is usually found in cereals like wheat, barley, and rye. The consumption of food that has gluten triggers an immune system reaction that damages the lining of the small intestine. Over time, as the lining gets more and more damaged, it starts disrupting the absorption of nutrients from your food. This leads to weight loss, anemia, bloating, and constant fatigue.

If it happens in children, it can affect the growth of the child along with other symptoms.

What are the symptoms of celiac disease?

The signs and symptoms of celiac disease vary from person to person. Some of the common symptoms include:

There may also be symptoms that seem unrelated to the digestive system such as:

In children, the symptoms may also include growth stunting, loss of weight, damage to enamel and teeth, irritability, swollen belly, gas, and constipation with pale, foul-smelling stool.

What is dermatitis herpetiformis?

Gluten intolerance can lead to itchy blisters on the skin. This kind of rash usually occurs on the elbows, knees, body, scalp, and buttocks. This is caused by changes to the small intestine similar to celiac disease and is treated with diet changes to remove gluten and medications.

How is celiac disease diagnosed?

People with celiac disease may not be aware that they suffer from the condition.

There are two blood tests to confirm the diagnosis:

If the tests indicate celiac disease, your doctor will investigate more to understand the extent of the condition using:

How is celiac disease treated?

There is no cure for celiac disease except avoiding food items that may contain gluten.

Some of the food items containing gluten include:

Gluten may also be found as ingredients hidden in processed foods in the form of food starch, vitamins, mineral supplements, lipstick products, glue, or play dough.

If your nutritional deficiencies are severe, your doctor may recommend that you take supplements.

The doctor may also follow-up the treatment progression or celiac disease severity through checkups to see whether your intestines are responding to a gluten-free diet. The healing process might take up to a year for children and several years for adults. .