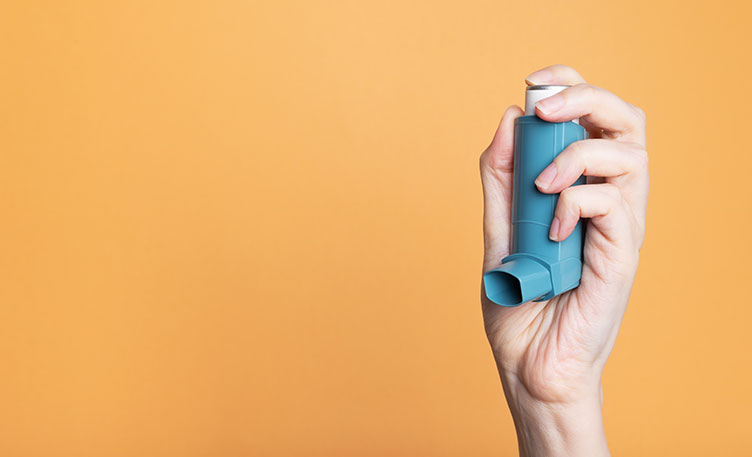 At 42, Vrinda Sarin* had battled allergy-related asthma for 10 years. When she first met the doctors at Medanta in 2018, she said she had not slept lying down in years.

“Everything would be congested. Since I could not breathe lying down, I slept sitting up,” she said, reminiscing the unexplained trigger and years of anguish.

Her breathing was fine as a child and a young woman, until one ordinary morning adding tadka (tempering) to the daal left her sneezing intermittently for several minutes. She assumed it must be the onset of a common cold and carried on. A week on, her condition had worsened.

“I cannot recall what triggered it. I have always lived in the same house, cooked the same food, used the same spices, and appreciated the same perfumes. But after that day, my eyes and nose would not stop itching, or dripping if I was not taking some medicine,” the mother of three said recalling how fast her quality of life dwindled.

Anti-allergic medication only offered short-term relief. The symptoms would resurface once the effect wore off. Soon, the rhinitis-like symptoms turned into asthma.

It is mostly an allergic disease and has a genetic component too. Allergies happen when we have hypersensitive bodies. It makes our immune system generate an exaggerated response, aka symptoms, when exposed to certain foreign substances that create zero or sub optimal response in the non-allergic population.

For Vrinda, the most prominent symptom was that of constant breathlessness. She started suffering from chest congestion, bouts of coughing and wheezing, headaches and facial pain. By this time, she had started dotting the house with inhalers. There was one in the kitchen drawer, another in the bedroom drawer and another in her purse. Considering a space safe without an inhaler was impossible.

“My then doctors did an allergy test, and I tested positive for house dust mites, perfumes, mold, and dog dander. They started specialized medication, and it helped. I was happy. Then the effect started to wear off. I changed doctors and treatments. Nothing brought relief for long enough. I would go back to a breathless hell of no sleep, facial pain, heaviness in the chest, fatigue, an inability to enjoy my work, which is caring for the people I love,” Vrinda said.

Most treatments for asthma, be it through anti-allergic medication (antihistamines), nebulisers, inhalers are meant to control the symptoms. They open up the airways, reduce mucus formation and control reaction to irritants, and allergy-inducing substances called allergens. Such treatments constitute asthma management with full control, but do not cure it.

Just when life could not get more complicated for Vrinda, her brother-in-law fell ill and was taken to Medanta-Gurugram for surgery. She and her husband decided to take the opportunity and consult a pulmonologist.

Vrinda presented the typical symptoms of a person with allergic asthma. Her condition had become chronic and symptoms were acute.

The first point of concern for respiratory specialists at Medanta was alleviating her acute symptoms. Step two, was to start investigations afresh and select a suitable line of treatment. In Vrinda’s case, she was eligible to receive immunotherapy, which is a longer-lasting and proven allergy treatment.

Immunotherapy is the process of desensitising the body towards a selected allergen to improve baseline health and prevent severe illness. It is a safe and prevalent line of treatment for allergic asthma with a stringent selection criteria based on the findings of two tests conducted universally – Serum Specific IgE or the blood test, and the Skin Prick Test (SPT).

While the world body Global Initiative for Asthma (GINA) recommends the use of either test to make a decision for immunotherapy, Medanta uses both tests to derive conclusive data that improves the success rate. A full course of immunotherapy can last between 3 to 5 years.

“Within three-four months of treatment, I could sleep lying down. I had not used my inhaler in a few weeks, and had the energy to even picnic with my children. The doctor told me to not stop treatment just because I felt relief. I am glad I stuck to his advice because I have been able to stop all other medication,” said Vrinda knocking on the wooden table nearby.

With her immunotherapy treatment over, Vrinda now does online consultations with specialists at the Department of Respiratory and Sleep Medicine. She is aware that the effect would start wearing off after a decade.

No kind of asthma can be cured, it can only be managed. As per the Asthma and Allergy Foundation of America, allergic asthma accounts for 60%-70% of all cases (including in children). For this population, immunotherapy has emerged as a safe and effective solution provided it is done in an advanced setup with both allergen tests being taken into consideration.

In majority cases of asthma among children, the condition resolves itself around the start of the teen years. For those who have to live with the prognosis, immunotherapy is a safe option practiced worldwide. It reduces dependence on medicines and inhalers, both of which have poor adherence in children. It also reduces school absenteeism, and allows the child and parents to live free from the fear of an untimely asthma attack.

Immunotherapy is the only disease-modifying therapy for allergic asthma and allergic rhinitis.

* Patient’s name has been changed to protect identity.