Fight Against Liver Disease: Beginning of a New Era 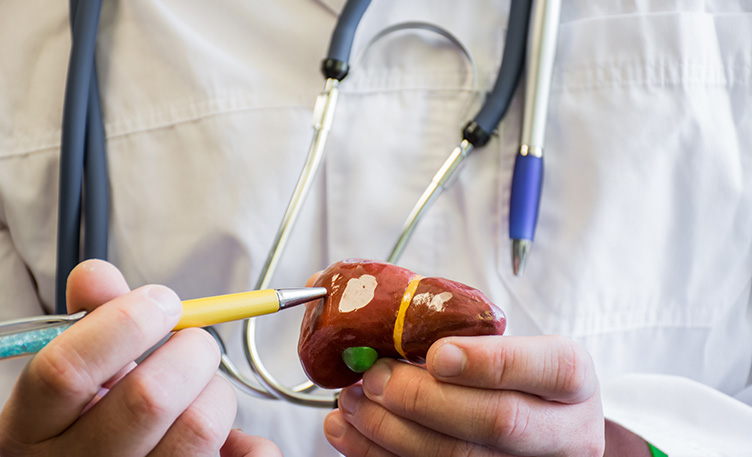 The Fight against Liver Disease: The Beginning of a New Era

The liver is among the most essential organs in the body. In a healthy adult, it is the second-largest organ, weighing around 1.5 kilograms. It performs a multitude of functions, making it our body's most sophisticated organ. Among its functions are the production of proteins, vitamins, bile juice, clotting factors, and other substances, as well as the digestion of unwanted toxins that enter our bodies through our gastrointestinal tract. A healthy liver is essential for living a long and healthy life.

Any disorder that affects your liver is referred to as a liver ailment. The following are the most typical liver diseases:

Some common measures advised by the doctors to keep your liver healthy are:

Science has advanced to the point that new and improved methods with cutting-edge technology integrated into modern medicine have evolved the diagnosis and treatment of liver diseases. Molecular diagnostics for hepatitis B and C viruses, such as RT-PCR, have helped clinicians make treatment decisions. We may now use non-invasive technologies like fibro scan, liver elastography, and MRI to assess the amount of fat and inflammation in the liver. Doctors previously relied on liver biopsy for this information, which is a highly invasive procedure. With the advancement in technology, we are moving from open surgeries to minimally invasive AI-enabled robotic surgeries.

Hepatitis B and C may now be readily managed because of the availability of highly effective antiviral therapies. In addition to developing new drugs for the fatty liver, new therapies are being developed to prevent its progression into cirrhosis.  Newer radiographic and endoscopic techniques have been developed for the successful treatment of cirrhosis and liver cancer complications. Patients with well-developed liver disease can benefit from a liver transplant if the disease has progressed to an advanced stage.