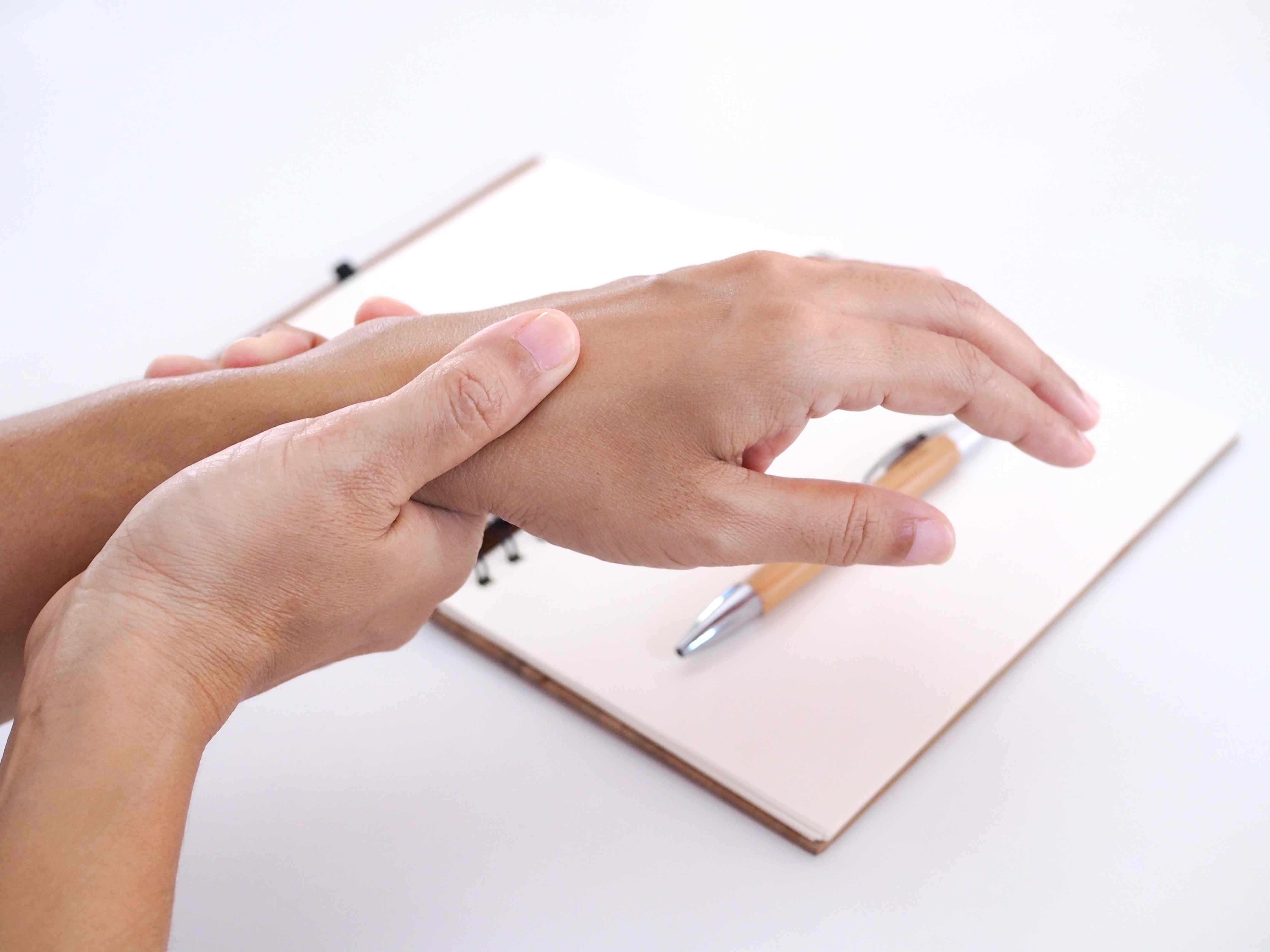 What is Carpal Tunnel Syndrome?

Carpal tunnel syndrome (CTS), or median neuropathy at the wrist, is a medical condition in which the median nerve is compressed at the wrist, leading to paresthesia, numbness and muscle weakness in the hand. Most cases of CTS are idiopathic (without known cause); genetic factors determining most of the risk, and the role of arm use and other environmental factors are disputed.

What are the symptoms of the disease?

Night symptoms and waking at night are the hallmark of this illness. Many people who have carpal tunnel syndrome gradually increase symptoms over time. The first symptoms of CTS may appear while sleeping that typically include numbness and paresthesia (a burning and tingling sensation) in the thumb, index and middle fingers, although some patients may experience symptoms in the palm as well. These symptoms appear at night because people tend to bend their wrists while sleeping, which further compresses the carpal tunnel.

Patients may note that they “drop things”. It is unclear if carpal tunnel syndrome creates problems holding things, but it does decrease sweating, which decreases friction between an object and the skin.

What are the causes of the disease?

How is it diagnosed?

What are the treatments?

There have been numerous scientific papers evaluating treatment efficacy in CTS. It is important to distinguish treatments that are supported in the scientific literature from those that are advocated by any particular device manufacturer or any other party with a bested financial interest. Generally accepted treatments, as described below, may include splinting or bracing, steroid injection, activity modification, physical or occupational therapy (controversial), medications, and surgical release of the transverse carpal ligament.

Make sure you consult a doctor after the surgery if you experience fever, redness, swelling or tenderness.