Being a Good Samaritan is Now Easier 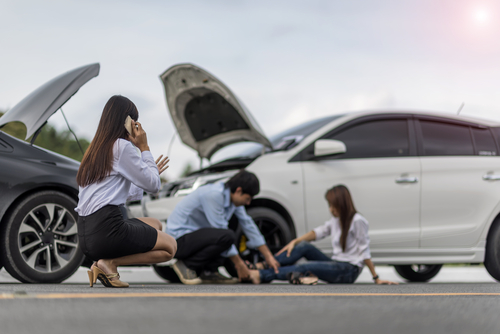 New to urban life, little did Sarita know that riding a bicycle in the city is a whole different ball game. She was riding down Gurgaon’s Sohna road, when a speeding vehicle suddenly emerged from an adjacent lane, crashed into her and sped away. Sarita sustained severe head injuries, but survived thanks to compassionate bystanders and ‘Good Samaritans’ who took her to the closest hospital. She was saved from being yet another statistic on the country’s large count of death by road accidents.

According to a report by SaveLIFE Foundation, a non-profit, non-governmental organization that works towards improving road safety and emergency medical care across India, nearly half of the 1,40,000 people who die in road accidents each year are victims of preventable injuries and untimely care. They state that 88% people are “reluctant to help for fear of legal hassles” and 77% people said, “Good Samaritans were unnecessarily detained at hospitals.”

Until a Supreme Court order in March 2016, bystanders and passers-by, who came to the aid of road accident victims were vulnerable to harassment by hospitals and the police. The order has empowered citizens to help accident victims by defining guidelines for their protection. Some of the important features are:

“No doubt the guidelines are worthy of appreciation, but people are still fearful of stepping forward to help. More people need to know they are protected. With greater awareness, more people will come forward to act fearlessly in such situations. People also need to be educated about the immediate steps to be taken when they encounter road accident victims. Prompt action needs to be taken within the Golden Hour, that is a one-hour time window after the accident, which increases the victim’s likelihood for survival,” says Dr Devendra Richhariya, Senior Consultant - Emergency and Trauma Care at Medanta – The Medicity. “Like we at Medanta have been doing for years now, other hospitals should also make it easy for people to bring in road accident victims, so that treatment can be given within the Golden Hour,” he adds.

In a report titled “Pre-hospital trauma care systems” by the World Health Organisation, among listed factors that may prevent bystanders from helping the injured, was lack of knowledge about what to do. “Bystanders must feel both empowered to act and confident they will not suffer adverse consequences, such as legal liability, as a result of aiding someone who has been injured,” the reports goes on to state.

Doctors attending emergency trauma cases also feel the police, judiciary and hospitals need to build greater confidence in the bystander by abiding by the guidelines every single time. There’s still more that needs to be done to see the Supreme Court’s landmark ruling bear fruit. The government needs to work in tandem with citizens to start a nationwide campaign for spreading awareness about road safety and the Good Samaritan guidelines.